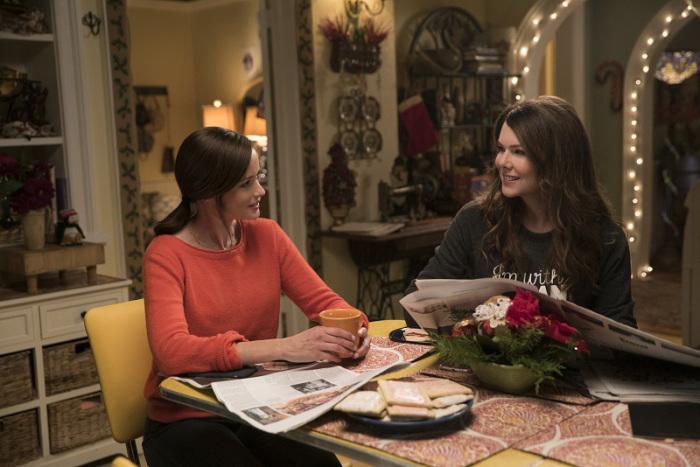 It was my father who introduced me to “Gilmore Girls.”

The rapid fire dialogue reminded him of old black and white screwball comedies. In Lorelei Gilmore, he saw a modern day Katherine Hepburn. To my father, the show was reminiscent of a more wholesome time when comedy was witty rather than bawdy.

My dad passed away a few years ago, and every time I watch the show I am reminded of him. The patriarch of the Gilmore family, Richard, is quite a bit like my  father with his no-nonsense attitude and lovable charm.

I’m eagerly looking forward to the Netflix revival of “Gilmore Girls.” I wonder if, now that Rory and I have both grown up, I will still see so much of myself in her character. I wonder how she will deal with the death of her grandfather, Richard, and if her grief will be as deep as mine when I lost my dad. I wonder if she will still be pursuing her dream of being a journalist, or if she will have traded it in and settled into a 9 to 5 job as so many friends I know have done. I wonder if she will have fallen in love with a man who supports and encourages her.

I will always remember the first time I saw Rory. She wore a blue school uniform kilt that looked much like my own. She loved to read and wanted to travel the world. Most of all, she was fiercely devoted to her family and friends. Rory didn’t worry about what others thought of her or about being popular. To her, a small circle of people who loved her was more than enough. 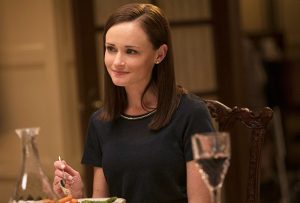 She was an unusual character on TV. Unlike other teenage girls on mainstream television, she wasn’t preoccupied with her looks or with boys (although she did have three serious boyfriends throughout the series). To Rory, getting through school was the most important goal. Set on a career as a journalist, she worked toward her dreams, becoming the editor of the “Yale Daily News” and later embarking on her first job as a reporter.

Perhaps one of the most powerful messages Rory sent to millennials is that it’s okay to be single. None of her boyfriends were necessary to her happiness. At the end of the series, when her boyfriend Logan proposed, she turned him down. She didn’t reject him because she didn’t love him, but because she wanted to focus on her career and wasn’t willing to follow him across the country.

At the time, I didn’t realize just how difficult a choice like that could be. It wasn’t until I was older that I realized how important it is for a relationship to uplift and support both people in it. Every time I went through a bad breakup, I would think of Rory and remind myself that it was for the best. There are always better things to come.

Rory was a loyal friend, the kind you always want in your corner. Her best friend, Laine, reminded me of my own best friend, a sassy musician determined to live life on her own terms. Their friendship survived everything, from attending different schools to Laine getting married and having children. Real friends are the ones who are there through the bad times as well as the good. That lesson served me well when my best friend and I found ourselves at different high schools. It was “Gilmore Girls” that kept us together, then. We would call each other on the phone and watch the show together. More than a decade later, we’re planning on doing the same thing during the revival.

Above all, “Gilmore Girls” is a show about the importance of family and how these bonds prevail in spite of ups and downs. The family ties on the show are complicated, to say the least. While I always wished for a strong mother-daughter bond like the one between Rory and Lorelei, it was Lorelei’s strained relationship with her mother, Emily, that hit closer to home. Still, despite this, they are always there for each other. At the end of the day, disagreements and differences don’t matter; family is family.

While I wonder if Rory’s life will still closely parallel mine in the revival, the truth is that it doesn’t matter. What is important is how the lessons I learned from her have shaped me. They have influenced my work ethic and my relationships with friends and family. Instead of emulating girls on other TV shows whose priorities were less admirable, Rory helped me to embrace my inner bookworm. She helped me to find the courage to be different and to follow my own convictions.

Rory has inspired me to be a role model myself, to encourage other young women and men to defy expectations. I want others to be inspired as I was, to feel comfortable in their own skin, to worry more about meaningful relationships than being popular, to value education over partying. Rory proved that you don’t have to follow the crowd, you just have to be yourself.