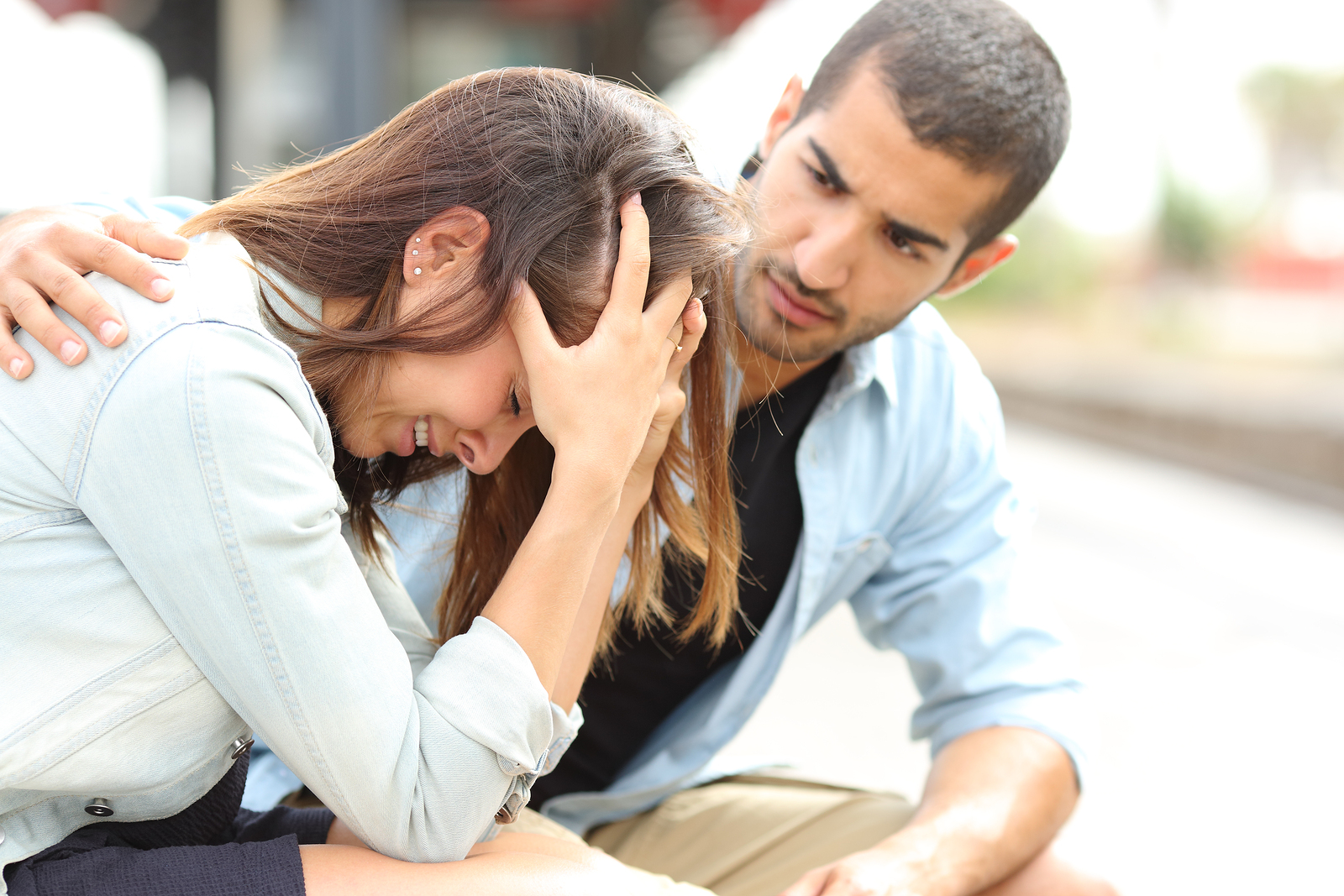 One bright October morning I went out for a bike ride and found myself right next to an 18-wheel truck. I was turning right, and the truck was going straight, so I thought that I was completely safe. I wasn’t. I now know what someone means when they say, “I feel like I’ve been run over by a truck,” because I was. Twice, if you count the axles (and I do).

After 10 hours of emergency surgery, I woke up horrified. My body was fractured, stuck with tubes, covered in fresh wounds and surgery scars. I looked down at legs that were attached to my body, but refused to do what I asked them. Having never been seriously injured before, I realized what a challenge it was for friends and family to know the right thing to say. From my experience, here are a few phrases to avoid:

In my experience, this was not true. I did not look great. The person who said it knew that, and I knew that. I wasn’t really able to look at myself in the mirror for a while, but I am pretty sure that I looked like a garbage fire. But that’s OK. I was supposed to look like a garbage fire, because life had slapped me around a little.The fact that I looked terrible meant that I was present and not in denial. This is a good thing! So no need to lie to anyone and say that they look pretty.

Ooof, this one was tough to hear. When a person is knee deep in their own trauma and their own hurt, it is virtually impossible to be grateful for anything. Logically, it would make sense that I would be thankful that I didn’t die — but the life that I was living then felt pretttttty bad. Gratitude usually comes much later, after the initial healing is over.

3. “What doesn’t kill you, makes you stronger.”

Does it? Are you sure? Is this just something that people say and they cross their fingers? In my case it made me feel a lot weaker. The faith that I once had in myself, and in the world that I had trusted to take care of me, was weaker. My body was weak and needed the support of a number of machines to keep it alive. I wanted to believe what people told me, that I would be stronger because of this trauma. In some ways I believe that I was, but in other ways I became as fragile as tracing paper.

This may have impacted me more than most because I have always been a crier, but I will say that this is a blanket recommendation. You’re better off not using “don’t” in a sentence to someone who has just been through a serious life event.

This person can honestly do whatever they want. They can cry, scream, throw stuff, eat nothing but pudding for days — and you’re better off not saying anything about it (as long as they aren’t hurting themselves or others, of course). This is how they are dealing with what they are going through. It isn’t helpful to tell them to stop. Like trying to block a stream with your foot, it’ll find a different way to get where it needs to go, and sometimes it’ll be much more cataclysmic.

5. “Everything happens for a reason.”

When you say that to someone, you may not realize it, but you are telling that person that there is a good, logical reason why their world just got turned upside down. That this wasn’t a freak accident, but that in some twisted way they deserved this. At least that’s how I felt.

After people would say this to me, I would lay in my hospital bed with an external fixator implanted in my stomach, without any feeling in my legs attached to a million machines, wondering what this reason was. I wondered if I was a bad person, and that this was my punishment. I thought that the reason might be that I was unworthy of a life without pain. It wasn’t rational, but it was my greatest fear. I was terrified that I deserved this, and that hurt so much more than the physical pain I was enduring.

When you go through a trauma, a shift happens in the way that you interact with the world. For me, it felt like my vertical world had gone horizontal. It was an identical world to the one I had lived in, but the way that I perceived it had been shifted by 90 degrees. I realized that the rest of my life would consist of me working, degree by degree, to get back to that vertical world that I once lived in.

In my experience, even nine years later, my accident lives inside me. If you were to see me on the street you would have no idea that I had been run over by a truck. I am walking normally, I have a wonderful job in fundraising, a great boyfriend who I love, and a life full of friends, travel, and so much laughing. It’s a life that looks like it has never been touched by tragedy. But even though you can’t see it, this trauma is a part of who I am and how I interact with the world, because it changed me so dramatically. For me, and for many people, there isn’t an “over it.” We are just a few more degrees closer to vertical.

There were also a few things that were said to me that made me feel light-years better. They were simple, but so meaningful: “I love you,” “I want to talk about it,” and “I’m here.” Letting that person know that even though they are feeling so shattered, you still love them, you want to listen, and you are there for them can give so much comfort. Even more importantly, it gives them faith that they won’t be broken forever. That side by side, you can put their pieces back together.