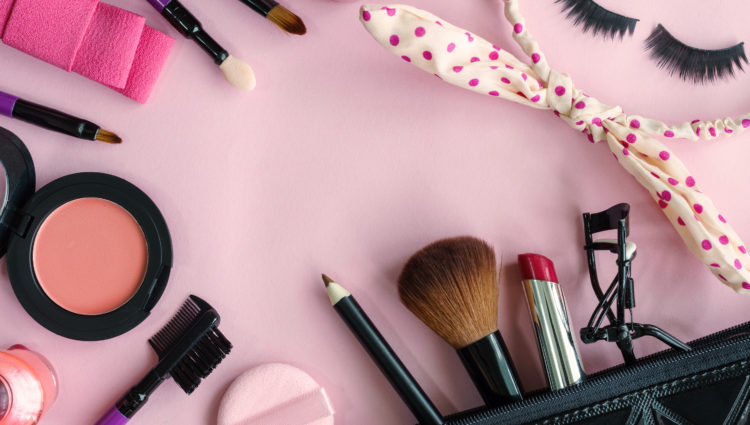 Until recently, I hadn’t ever been a true “makeup” person. My exposure was limited to visiting the department store makeup counter for special occasions like prom or a wedding and having a trained professional paint my face for half an hour. I loved looking done up, but I felt the same way about it as I did toward having my hair blow dried at the salon. I loved it, and it looked great, but it definitely wasn’t something I was willing to put time, money, and effort into on a daily basis.

As I grew older, I gradually became more comfortable with makeup, but I mostly stuck to my fresh-faced uniform. It’s not that I was afraid of makeup, it’s just that I didn’t see the need. I was never willing to sacrifice an extra hour of sleep in the morning to “contouring” my cheekbones, nor was I willing to give up the freedom of crying during “Marley & Me” to a tube of black mascara. Of all the things my teenage self was concerned about, my appearance wasn’t one of them.

RELATED: How I Found Self-Worth Without Checking the Scale

But when I reached college, I started to experiment a bit more with cosmetics. I traded in chapstick for sheer lipgloss, and over time, my makeup collection began to grow. I accumulated lipsticks in different shades and finishes, concealers and creams for my skin, and multicolor palettes galore. My new hobby was definitely a time (and financial!) commitment, but I didn’t mind. Applying makeup was fun, and it made me feel good.

Until one day, I was confronted by a new dimension of my love for makeup. I had just gotten out of the shower when a group of my friends invited me out to lunch. I remember being seized with a momentary flash of panic. I wouldn’t have enough time to do my makeup. The thought of showing up bare-faced and fresh out of the shower made me nervous, even though it was something I never used to think twice about. That day, I showed up for lunch a little late, but I made sure my under-eye circles had concealer on them, my lashes were long and voluminous, and my cheeks had a flush of pink.

That afternoon was a turning point. It prompted me to put down the mascara wand and ask myself why I was dedicating so much time to makeup on any given day. Was I using makeup to enhance my features that I felt great about, or was I using it as a shield to cover up my insecurities? When did concern for my appearance shift from lounging in the backseat to sitting behind the steering wheel?

RELATED: How I Learned to Focus on My Health, Not My Weight

There is nothing inherently “wrong” with wanting to look and feel my best. But when putting too much of an emphasis on my appearance interferes with other parts of my life, I know it’s time to take a step back.

Makeup was supposed to be a fun way to make me feel good about myself but turned into a stressful obligation motivated by what others thought of my appearance. In worrying about my outward appearance, I lost sight of what truly matters — things like my self-esteem, confidence, and inner beauty. If I don’t spend time cultivating these gifts, no amount of beauty products can make up for what might be lacking on the inside. I finally realized that instead of a crutch I rely on, makeup should be a tool I draw upon when I want to look and feel even better than my already awesome self. Because ultimately, when I look back on that lunch with my friends, the way I applied my makeup won’t stick out in my memory, but the laughs and food shared with people I love, will.