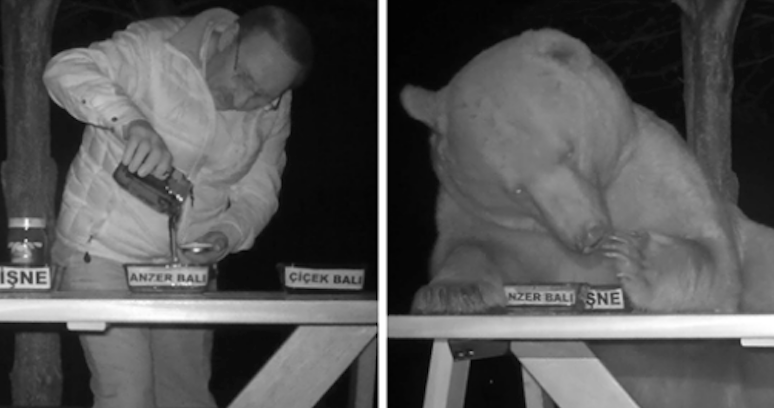 One Turkish bee farmer lost more than $10,000 worth of honey to hungry local bears in roughly three years, but instead of getting mad, he got creative. The farmer, Ibrahim Sedef, decided to use the bears as taste testers! One night, he set up a table with numerous honey samples plus a camera to capture the bears’ choices and reactions. The results were priceless. His research led him to figure out that the bears love his most expensive product, Anzer honey. While samples of this honey may be free for the bears, two pounds of the special honey will cost you about $300. So, we’d say the bears still won this round. Read more.

Daisy-May Demetre, a double amputee, will make history by strutting down the catwalk at New York Fashion Week. The 9-year-old from Birmingham, U.K., who has a passion for modelling, will be the first child amputee to walk the runway in the prodigious show. The young model has worn prosthetics since losing both of her legs at 18 months old due to a rare condition that caused her to be born without her calf bones. But that didn’t stop Daisy-May from learning how to ride a bike, becoming a gymnast, modelling for brands like Nike, and now walking in New York Fashion Week. Read more.

Barbie is known for her plethora of professions, like being a doctor, baseball player, or gymnast,  but how about an astronaut or a Civil Rights activist? Well, Sally Ride and Rosa Parks Barbie dolls are now for sale! The first American woman to fly in space and the mother of the modern Civil Rights Movement have been added to Mattel’s “Inspiring Women Series,” which features dolls that celebrate historical female trailblazers. You can also pick up the doll versions of Frida Kahlo, Amelia Earhart, and Katherine Johnson. Read more.

An Un-Fur-Gettable First Dance As Husband and Wife 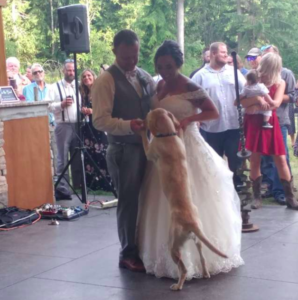 It’s widely known that dogs are man’s best friend, and when Seth and Nicole Funden tied the knot recently, their dog Eva lived up to the saying. Seth and Nicole knew they wanted to make Eva a part of their wedding, and this decision came as no surprise to the couple’s family and friends. During the ceremony, Eva sat patiently as the couple recited their vows. However, when it was time for Seth and Nicole to have their first dance, Eva decided she’d like to be more involved. The pup stood on her hind legs, and had both of her paws held by her loving parents. Even though Seth and Nicole didn’t plan for that to happen, they couldn’t imagine anything more perfect. Read more.

This Eighth-Grader Is Covering His Classmates’ Backs

Anyone would be lucky to have eighth-grader Chase Neyland-Square as a classmate. The 13-year-old works in PAMs Pantry, a closet at Port Allen Middle School that he keeps stocked with clothes, hygiene products, and shoes. Many of Chase’s peers come from low-income households and cannot afford nice clothing to wear to events like eighth-grade graduation, but Chase makes sure that nobody in his school goes without something to wear. Chase’s mother says that her son has a “great passion for people,” and in the past, he hosted dinners for senior citizens and donated 700 pairs of socks to the homeless. Read more.