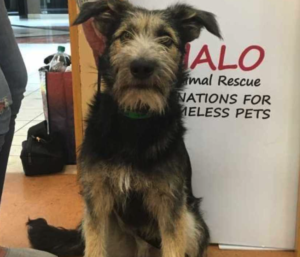 Production of the next live-action Disney movie is underway, and we are wagging our tails in excitement. A 2-year-old Terrier mix named Monte, who is from a shelter in Arizona, will star in the remake of the iconic movie “Lady and the Tramp.” Heather Allen, President and CEO of HALO Animal Rescue, said that Monte is a friendly dog who “greets people right away, gives kisses, loves attention, knows how to sit, and walks well on a leash.” The Arizona shelter hopes that featuring a shelter dog in a big blockbuster movie will prove to people that shelter dogs not only make great pets, they can also be true stars. Read more.

City of Love Turns Into City of… Farms?

You’ve heard of rooftop bars in big cities, but how about rooftop farms? The largest rooftop farm, which will total 150,700 square feet, is coming to Paris, France next year! The farm is expected to produce 2,200 pounds of fruits and vegetables each day and will feed thousands of people every year. It will also feature educational workshops and farming classes, along with small plots that Parisians can lease and use to garden. Agripolis, the company working on the project, says, “We’ll be using quality products, grown in rhythm with nature’s cycles, all in the heart of Paris.” Read more.

Watch Out Katie Ledecky: There’s a New Swimmer in Town!

Meet superhuman Angel More! When she was 10, she climbed Mount Kilimanjaro. At 15, she swam the Catalina Channel.  Most recently, the now-16-year-old swam the 20 Bridges Swim in Manhattan, a 28-mile stretch around the island that took her nine hours to finish. The inspirational teen swims for the global nonprofit Children International, which helps children living in poverty around the world. More has raised $55,000 for them so far, but her goal is to raise $1 million for a scholarship fund that will support 5,000 teens who want to further their education. Read more. 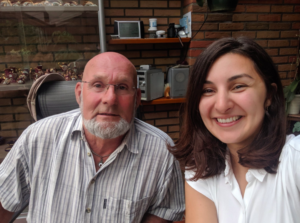 A Dutch aid worker’s act of kindness towards a 5-year-old girl has not been forgotten, even 24 years later. Mevan Babakar was a Kurdish refugee who traveled from Iraq to the Netherlands, where she met Egbert, who worked at the refugee camp that she and her family were staying at. After the family settled in another part of the Netherlands, Egbert made a 100-mile journey to give Babakar a new bicycle for Christmas, and Babakar never forgot the act of kindness. Now an adult, Babakar decided to track down Egbert, and with the help of social media, the two reunited at Egbert’s home in Germany. She also discovered that Egbert and his wife helped numerous other refugees, all of whom are forever grateful to them. Read more.

“Well Ulta, you absolutely stopped my girl in her tracks this evening,” wrote Carolyn Anderson, mother of 4-year-old Maren Anderson. Maren was getting used to her new wheelchair, when she passed by beauty supply store Ulta and saw an image of a woman in a wheelchair in the window. It was a heartwarming moment to take in as the little girl saw herself represented in the ad. Maren’s mother said that Ulta’s ad provided her daughter with a vision of herself as beautiful, and she highlights how important it is to have ads that include people with varying abilities. The original post of awestruck Maren has gone viral, and her mother hopes that this special moment will inspire other companies to follow Ulta’s lead. Read more.