Biles Makes History, not Once but Twice! 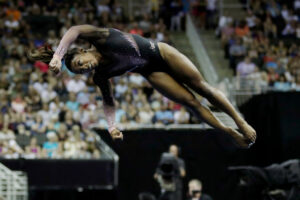 This past weekend at the U.S. Gymnastics Competition, Simone Biles made history not once, but twice, with her record-breaking moves. Biles became the third-ever gymnast and first female athlete to successfully land the triple-double on the floor exercise and the double-double dismount from the balance beam. This 22-year-old Olympic gold medalist already has two signature moves on the floor and vault named after her, and fans are excited that the performance this past Sunday will add to that list. She won her all-around title on vault, balance beam, and floor exercise and is planning to compete at the 2020 Olympics in Tokyo. Read more.

Are all of your ducks in a row? They definitely were during rush hour in Biddeford, Maine, when a group of 45 ducks waddled across the road as drivers waited patiently. The ducks crossed the four-laned street in three groups, and not a single driver honked their horn. Karen Ramunno captured the moment on video and posted it online with the caption, “Proof that there are more good people in this world than bad!” The video of the duck parade is too cute to be missed. Read more.

A series of delays created a perfect storm for Sgt. Seth Craven of the West Virginia National Guard who almost missed the birth of his son. Craven was traveling from Afghanistan in a harrowing journey home that involved delayed flights, stormy weather, and lack of ground transportation. ultimately stranding him in Philadelphia. Word spread about Craven’s situation, and a Good Samaritan named Charlene Vickers, offered to drive with Craven to  West Virginia. They arrived in West Virginia around midnight, just in time for Craven to see his son born the next morning! Baby Cooper got to meet both of his parents, all thanks to the help of a kind stranger! Read more. 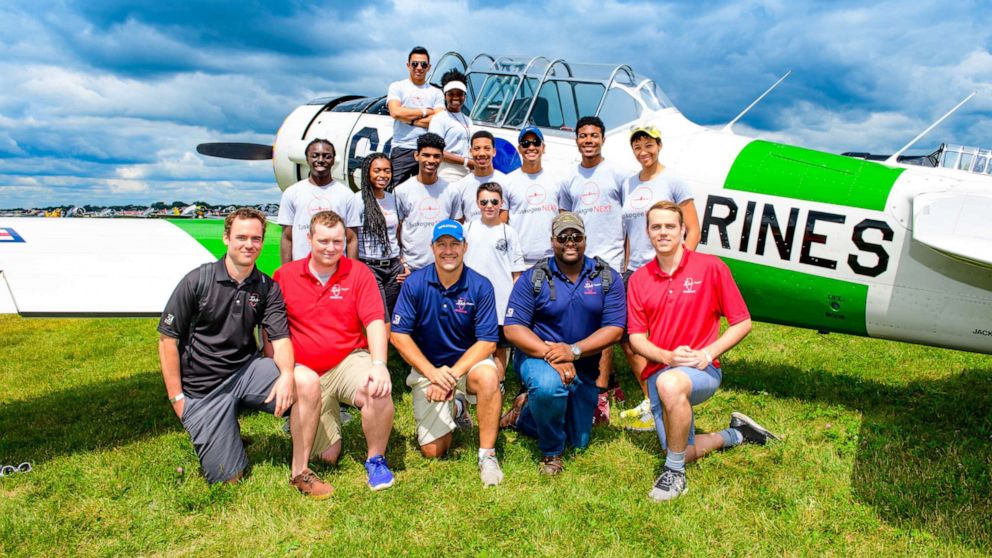 Pilot Kevin Lindsey is helping lift others to new heights. As a teacher at the Tuskegee Next Program at the Illinois Aviation Academy in Chicago, Lindsey reaches out to at-risk youth and provides them with free training and mentorships to pursue pilot licenses. Lindsey, a graduate of Tuskegee Next, wanted to give back to the program that shaped him, and he has been a big influence on the students ever since. They see him as a teacher, a mentor, and a role model who continues to believe in all of them.“There was not one time that you gave up on me,” cadet Jesus Cano said to Lindsey, “and there are many times that I gave up on myself.” Read more.

College applications can get expensive, and Grant Rivera, the superintendent of the Marietta School District in Georgia, wants to make sure application fees don’t deter his students from applying to their dream schools. Rivera is donating his $10,000 bonus to his students through the Marietta Schools Foundation. He hopes to redirect the cash to cover the cost of college application fees for upcoming graduates, and even offered to pay out of pocket if the funds prove not to be enough. He hopes the grads will pay it forward later in life. “My hope is that it’s an incentive for kids to do the right thing,” Rivera says. Read more.