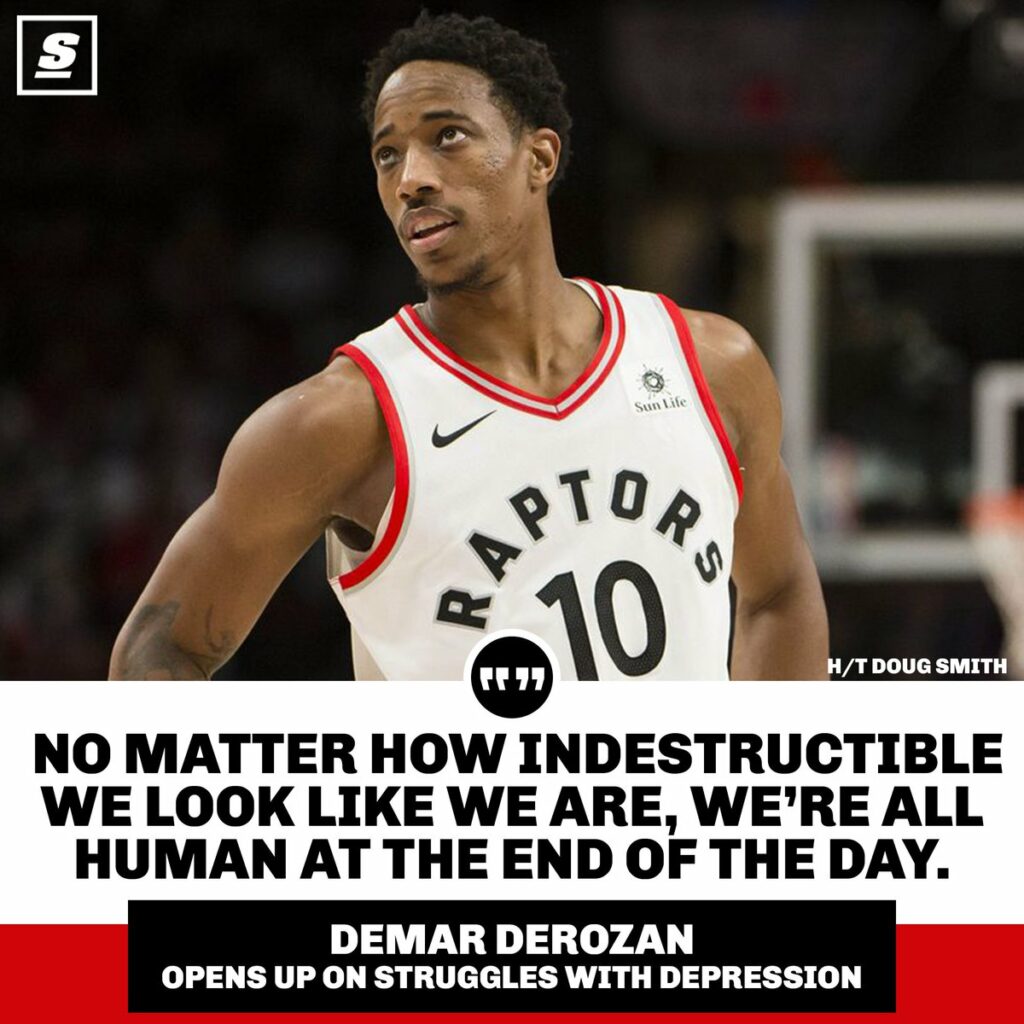 The NBA is planning some healthy changes for its upcoming season with a new emphasis on mental wellness. After players like Kevin Love, DeMar DeRozan, Keyon Dooling, and Doug Smith all shared their experiences with mental illness, the NBA developed new policies aimed at recognizing and addressing mental health concerns. All teams must now have at least one experienced mental health professional on retainer, and every organization must also have a licensed psychiatrist available. In addition, all teams are required to attend a health and wellness meeting in September and have a written action plan to follow in case of emergencies. These protocols will allow players to get the help they need and help end the stigma surrounding mental illness. Read more.

Teens With Autism Give Performance of a Lifetime

On World Autism Awareness Day, four talented young austistic musicians proved that if given a little, they can do a whole lot as they jammed along with Roger Hodgson (the voice of rock band Supertramp) in front of  an audience of 2,000 in Sony Centre, Toronto. “Give a Little Bit,” the final song that lit up the night, was a tribute to these four and the namesake of the fundraising concert hosted by Jake’s House, a nonprofit organization founded in 2004 by Irene and David Bodanis that aims to support and empower children and families affected by autism. Hodgson says “I wrote the song ‘Give a Little Bit,’ but Jake’s House is putting it into action, and that really inspires me.” The evening closed with Rawan on vocals, Spencer on guitar, Luc on saxophone, and Ron on piano, asking everyone to give a little love and show they care. Read more.

Being in the hospital is no fun for anyone, but especially for kids. The Tim Tebow Foundation is hoping to make hospital stays a little brighter by opening new playrooms in hospitals throughout the country most recently at AdventHealth in Daytona Beach, FL. The playrooms feature a football field floor, arts and crafts tables, video games, and toys, and also incorporate Tebow’s favorite Bible verse, which is Philippians 4:13: “I can do all things through Him who strengthens me.” Tebow hopes that the playrooms can “bring a brighter day for so many in their darkest hour of need.” Read more. 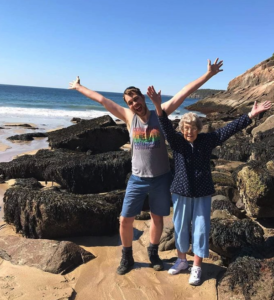 In 2015, Brand Ryan learned that his 85-year-old grandmother had never seen the ocean or the mountains, so he proposed an idea for a series of cross-country adventures to explore our nation’s national parks. Over the span of their travels, Ryan documented their experiences on social media, hoping to inspire young people to spend more time with their grandparents. This duo has visited 38 states, 29 national parks, and driven over 25,000 miles together and they don’t plan to stop anytime soon. What began as a mission to go sight-seeing with Grandma Joy eventually turned into a journey of life lessons for Ryan. “With her, I’ve had to slow down and see it in a different way, which has made it a lot more rich.” Read more.

In possibly the most adorable video ever, 1-year-old William Holley practices baseball on the grass in front of his home. During the “game,” William hit a home run, and his grandfather cheered him on and instructed him to first, second, and third base. Upon hearing his grandfather say “Run home!” the little Jeter, quite literally, ran to his house! According to his parents, he has always loved watching baseball and practicing his batting stance. His grandmother says that he “takes whatever he can find, hits it on the ground, then gets into his little batting stance.” How cute! Read more.