This Australian Shepherd Can Do It All 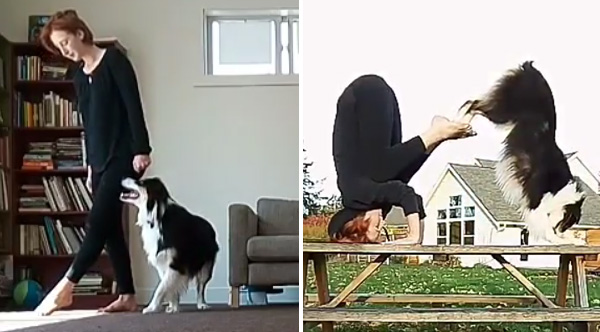 This Australian Shepherd boasts a resume of skills longer than most humans’, from her ability to master choreography to playing a myriad of different instruments. Secret and her owner, Mary Peters, are quite the dynamic duo as they partner up in yoga, battle in Jenga, and jump-rope together. Secret also has an artsy side and can be seen painting in watercolor and drawing circles with a dry-erase marker. The talented pup does it all and still has time to assist around the house by vacuuming and putting away the laundry. Her amazing abilities are far from being kept a secret!  Read more.

Extracurriculars at the Alternative Learning Center in Dubuque, Iowa, look a lot different from your typical gym class. The school allows students to fulfill physical education requirements through volunteer yard work. Together, teachers and students help out neighbors who aren’t able to complete outdoor chores themselves. Tim Hitzler, the creator and supervisor of this program, has watched the students grow as they interact with members of the community. While raking leaves and cleaning gutters, the teens at ALC learn what it means to contribute and lend a helping hand. Read more.

A good love story has no limits… especially when it comes to age! Ninety-seven-year-old war veteran, K.T. Robbins, and 92-year-old French citizen, Jeannine Pierson, were finally reunited 75 years after the World War II sweethearts first met in 1944 when Robbins was stationed in northeastern France. All Robbins had was her black-and-white photograph when he left to follow his unit to the Eastern Front. After the war, Robbins returned to America, and both had given up hope of seeing the other until just recently. A French television station found Pierson after interviewing Robbins. “I always loved you,” Robbins told her as they finally embraced. “You never got out of my heart.” Read more. 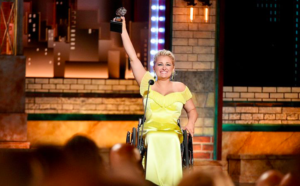 Ali Stroker, actress and singer, made history when she won “Best Featured Actress” at the Tony Awards for her role as Ado Annie in the hit musical “Oklahoma!”. Stroker is the first person who uses a wheelchair to win a Tony Award. In her acceptance speech, Stroker dedicated her award to children with disabilities and physical limitations. Stroker regularly advocates for backstage accessibility for performers in wheelchairs and her celebratory moment paves the way for better representation and inclusivity in theatre. Read more.

Police Officer Goes Above and Beyond to Help Young Boy

Texas police officer James Riley was responding to a call about an unsupervised child when he went above and beyond the call of duty. When Officer Riley asked the young boy what he was doing out alone, the child told him that he was getting snacks for his younger brother. The police officer drove the child home and turned around to head back to the supermarket, where he used his own money to buy a full basket of food for the boy’s family. We’re sure the family’s hearts (and stomachs) felt full after this gesture. Read more.