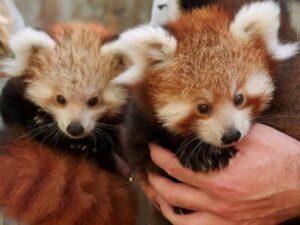 It’s not quite Tinder for Pandas, but animal matchmaking is a thriving new enterprise thanks to Matt Clifton, species co-ordinator at Sydney’s Taronga Zoo. Using advanced software, he sorts through a network of zoos worldwide to ensure that the Red Pandas he monitors get the best match and the most genetically diverse offspring… not to mention some of the cutest. His work is part of a larger conservation effort to protect endangered species, and the heart-melting results speak for themselves. Read more.

As a professional actor, Morgan Freeman has acquired many useful skills over his extensive career. Now, the 81-year old-movie star gets to add one more to that list: beekeeping. Freeman started beekeeping as an attempt to help boost the declining bee population and is now fostering 26 beehives on his ranch in Mississippi. He is currently working to convert his 124-acre ranch into a bee sanctuary, an environmental endeavor he takes great pride in. Read more.

Heads turned at New Zealand’s anti-racism march this past week when people saw a 95-year-old World War II veteran marching and standing in solidarity with the Muslim community of New Zealand. John Sato took four buses to attend the march in Auckland after not being able to sleep the night after the horrifying shootings at two Christchurch mosques. Despite having a difficult time walking, Sato was determined to stand up against racism and violence, and a police officer and another man helped Sato march with his fellow New Zealanders. People at the march say that upon seeing him, they were inspired by his attitude and lively spirit. Despite the tragedy that prompted the march, Sato is glad that it has brought people together. Read more. 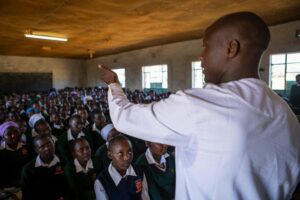 Peter Tabichi, a Franciscan monk who teaches students in Kenya, won this year’s Global Teacher Prize for the selfless way he spends his time and money. Tabichi donates 80 percent of his salary to his rural Kenyan community and does everything he can to support and educate his students, many of whom live in poverty. Despite the fact that his school is not technologically up-to-date, this science teacher goes above and beyond to make sure his students are successful. Sixty percent of Tabichi’s students have qualified for national research competitions and many of his other students have been successful in math, science, and engineering fairs and competitions. The World’s Best Teacher is immensely proud of his students and hopes that he can make a difference in all of Africa. Read more.

Man Finds Wallet Days After Accidentally Throwing It Away

You know the saying: “One man’s trash is that same man’s wallet.” Oh wait… that’s just this story. That’s right, days after Avrohom Levitt lost his wallet, he personally recovered it from a trash truck. He accidentally threw out his wallet in a New York City street trash can, but luckily had a tracking device in it that allowed him to locate and recover his lost belongings. Among the items recovered, credit cards, $68 in cash, and his toddler’s passport card. This is one rescue mission he will not soon forget. Read more.