Canadian Man Hands out Lost Change to the Homeless 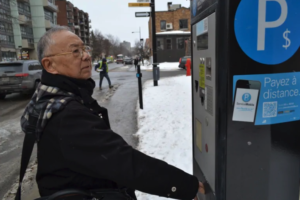 Young S. New isn’t your average coin collector. The 77-year-old Canadian spends his retirement walking around his neighborhood in Montreal and picking up coins that have been dropped on the floor or left in telephone booths. New has been doing this for years, and even though he goes on coin hunts less frequently now, he gives every lost coin he finds to the homeless people he sees around Montreal. New, a Korean immigrant, has spent his entire time in Canada volunteering and giving back to his community. He says that he was taught to value every penny and that he hopes that giving out forgotten change will help those in need. Read more.

Americans use an alarming 100 billion plastic bags a year, but one group of scientists is trying to save them from ending up in a landfill. Researchers at Purdue University in Indiana have discovered an ingenious purpose for the trash– converting the plastic into the material that powers cell phones. The procedure turns the plastic into carbon chips, which produce the lithium batteries that power not only phones but also electronics as diverse as chainsaws and electric cars. The discovery could repurpose countless plastic bags while also giving a boost to lithium production. Read more.

Toni Harris has just become the first female non-kicker to accept a scholarship to play college football. Harris signed a letter of intent to attend and play for Central Methodist University in Missouri. Coaches told her that she would never be able to play at a college level, but she has proved them wrong. Her dream is to one day become the first female NFL player. Read more. 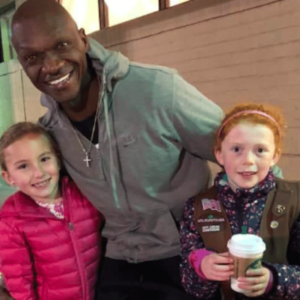 We all love Girl Scout cookies, but for one man, a couple boxes of Thin Mints just wasn’t enough. When a resident of Greenville, South Carolina saw a troop of 8-year-old girls shivering in the cold outside of a local supermarket, he reached into his heart — and his wallet — and offered to buy all of the remaining boxes of cookies. “I’m taking them all so y’all can get out of this cold,” the anonymous citizen said, spending a grand total of $540 on his cookie haul. The act of kindness helped the troop surpass their goal of selling 3,200 boxes. Read more.

You can’t judge a book by its cover: A lesson a bookstore owner recently learned. Seth Marko, owner of The Book Catapult, recently underwent open-heart surgery. With Seth’s wife at his bedside and their only other employee sick with the swine flu, the bookstore seemed forced to close up shop, but The Book Catapult’s competitors had other plans. Employees from other neighborhood bookstores came to volunteer and help run the store in Seth’s absence. With Seth on a the mend, this story has a happy ending on all fronts. Read more.