An MVP On and Off the Field 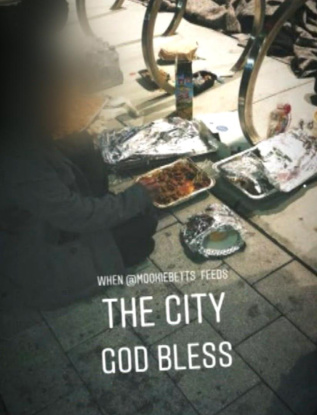 Instead of celebrating his Game 2 win in the World Series, one Red Sox player took to the streets to feed the homeless. After the victory, outfielder Mookie Betts put on a hoodie and without fanfare or cameras, delivered food to some of the homeless in Boston. Even though it was one of the most important weeks of his life, Betts still went out of his way to help others. One of the women he served food to said, “That’s so heartwarming. He didn’t have to do that. He could be celebrating. For his first thought to come out here and help people, that’s just so incredible to me.” Read more.

The Next Great Scientist

A 13-year-old girl has the power of the sun on her side! Georgia Hutchinson, a 7th grader, won the top prize and $25,000 in the National Broadcom MASTERS Competition. Georgia’s winning idea came to her when her uncle purchased solar panels and said he would have free electricity in 20 years. Georgia thought that was too long to wait and decided to do something about it. Borrowing an equation that was developed by the National Oceanic and Atmospheric Administration, she created a program that would allow solar panels to follow the location of the sun from dawn till dusk. Georgia’s idea generates more electricity, so in addition to the environmental impact, owners recoup the cost of solar panels more quickly. You go girl! Read more.

Students Served Lunch With a Side of Encouragement

Stacey Truman, an elementary school lunch lady in Virginia Beach, Virginia, has some sweet words for the students at her school – literally and figuratively. Truman has been writing words of encouragement on bananas for her own children and decided to extend the kindness to students. With messages like “Be your best self” and “Follow your dreams,” it’s not a surprise that kids are eating them up! Read more.

Signs of a Happy Birthday Ahead! 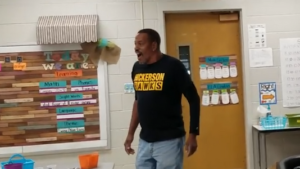 Another week, another amazing custodian! Kindergartners at Hickerson Elementary in Middle Tennessee surprised their custodian, James Anthony, for his 60th birthday. The children learned “Happy Birthday” in sign language for their hearing-impaired custodian. When he walked into the classroom, they all began to sign and sing along. The smile on his face said it all. The principal of the school said that Anthony “teaches the kids sign language every now and then, teaches them good manners and how to treat other people.” We hope he had a wonderful birthday! Read more.

The iconic actor known for chastising Cory Matthews in “Boy Meets World” can apparently instill fear in much more sinister types of troublemakers as well. William Daniels, the actor who played Mr. Feeny on the show, scared off an intruder on Saturday who was presumably trying to rob the house. The 91-year-old, who was home with his wife, sent the individual running by promptly turning on the lights when he suspected a break-in. No one was hurt in the encounter, but Daniels did proceed to joke about it on “Good Morning America.” Read more.