Who Run The World? 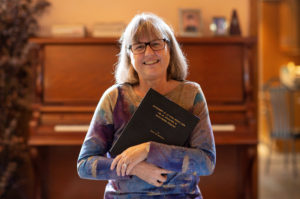 For the first time in 55 years, a woman is being awarded the Nobel Prize in physics. Donna Strickland, along with Gerard Mourou and Arthur Ashkin, were given this year’s prize for their work on generating high-intensity, ultra-short optical pulses, which has led to life-changing eye operations for millions. The last woman to win the award was Maria Goeppert-Mayer back in 1963 for her work on nuclear structures. When talking about the prize, Strickland said, “We need to celebrate women physicists because we’re out here. I’m honored to be one of those women.” Read more.

After years of testing and vaccinations, Australia is on track to be the first country to wipe out cervical cancer. In 2007, Australia was the first in the world to introduce routine vaccinations for girls against HPV and started vaccinating boys in 2013. Since then, vaccination and screening rates have remained high. They also introduced a new five-yearly cervical screening test. The new test looks for the presence of HPV and is expected to lower cervical cancer cases and mortality by at least 20%. Researchers say the findings imply that the elimination of cervical cancer could be on the horizon.” Read more.

Forget the Doggie Door, Use The Doorbell

Chances are, you’ve experienced the anxiety of your pet escaping the house, and the relief when they come back home. That relief came with some comedy for Greg Basel, whose golden retriever, Marshall, informed his owner that he was ready to come back inside by ringing the Nest doorbell. The doorbell’s video camera captured the adorable moment Marshall pawed at the camera, trying to get back inside. Read more.

Man Rewarded for Always Making Deliveries With a Smile 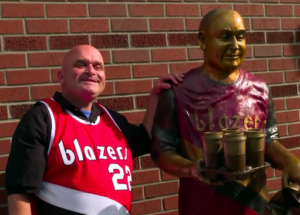 We all have someone in our communities who goes above and beyond, and the town of Gresham, Oregon, is no exception. Every day for the last 20 years, Todd Kirnan has gone out of his way to deliver anything people need, including smiles. To show their gratitude for his service and kindness, the town organized a parade just for Kirnan that included a ride in a Batmobile. At the end of the parade, they revealed a special custom-made statue of Kirnan, portraying him with his signature smile, and a coffee delivery in hand. “I like helping people, you know, making people happy, making people smile.” Read more.

Hospital Food Takes a Step Up

Hospital food doesn’t have the best reputation, but many chefs want to change that. Chef Bruno Tison recently held a cook-off from 16 health care facilities at Glen Cove Hospital on Long Island, giving teams of cooks 45 minutes to create a four-course tasty meal that still meets strict restrictions on salt and calories. Chef Tison is on a mission to transform the way hospitals treat food, and is sharing his expertise with cooks in several medical facilities. He’s seeing a real change already. “I came here four months ago and they looked at me like I was the devil … Now when I leave, they ask me when I am coming back.” Read more.