Childhood Cancer Survivors Fall in Love and Get Married 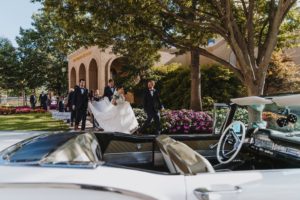 Lindsey Wilkerson and Joel Alsup, two childhood cancer survivors, have gone from being patients to colleagues to now husband and wife. Lindsey and Joel met as teenagers at St. Jude where they were being treated and would cross paths from time to time over the years. After losing touch for several years, they found each other again working at St. Jude Children’s Research Hospital in Memphis. After a few years of working together, they both admitted their love for each other and decided to get married. Both families celebrated with happy tears, so grateful that after bouts with childhood cancer, the moment was possible. Read more.

With Hurricane Florence barreling toward the eastern coast of the United States, many residents don’t know where to go when their state orders a mandatory evacuation. One family in Tennessee is opening their home to people who are fleeing the storm. Leah and Dan Bolton welcomed 26 evacuees when the country was hit by Hurricane Irma, and they’re offering the same hospitality again to people in the path of Florence. “That’s how we were raised,” Leah said. “You open up your home and just hope that everyone stays safe. It’s just the right thing to do.” Read more.

From Rags to Riches: The Story of Meghan Markle’s Rescue Dog Is Hitting Bookshelves 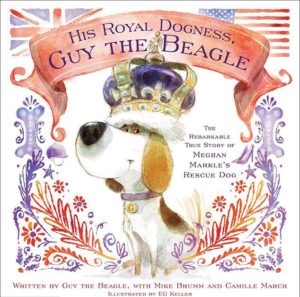 All dogs deserve a good home, but Meghan Markle’s rescue dog, Guy, is on the receiving end of so much more. Along with becoming a royal when Meghan married Prince Harry earlier this year, the dog now has his own children’s book. The story chronicles his “rags to riches” story; how he went from running around the woods in Kentucky to living a life of royalty. Mark your calendars, the book will be released in November. Read more.

School is a place where all kids should feel comfortable and be able to be themselves. Unfortunately, that sense of security can be difficult to achieve when you’re homeless. For the less fortunate students at Tucker High School, there is an angel among them. Carolyn Collins, a janitor at the school, has set up a “giving closet” for students who can’t afford food, clothes, and school supplies. Collins goes above and beyond for the students, making sure they know she is always there for them and that they can feel comfortable coming to her. “It makes me feel good just to see a smile on their face,” Collins said. “I just want to keep helping as long as I can.” Read more. 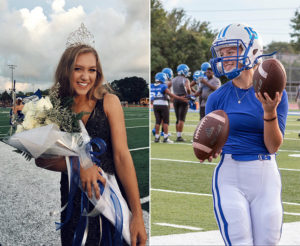 Kaylee Foster took homecoming queen responsibilities to a whole other level when she kicked the game-winning extra point for her high school football team in Ocean Springs, Mississippi. After winning her crown, Kaylee changed from her gown into her uniform and helped her team win the big game. “This has just been so wonderful,” Kaylee said. “I love football, and I love Ocean Springs.” Standing in her uniform with her crown on her head, Kaylee said, “I was pretty sure I wasn’t going to be homecoming queen, but I was pretty sure I was going to make that kick.” Read more.