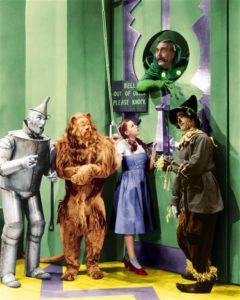 One of the most famous pairs of shoes will be back on display after missing for 13 years. The beloved ruby red slippers worn by Dorothy in “The Wizard of Oz” were stolen from the Judy Garland Museum in Grand Rapids, Minnesota, back in 2005. Garland wore four pairs of the bejeweled shoes while filming the classic film. Now with the return of the missing pair, fans can once again see the magical shoes up close starting in October. Read more.

Coffee for a Cause

Coffee drinkers in Chicago can feel good about patronizing the newest coffee shop in town. Sip of Hope coffee bar opened in May, and 100% of their profits go to suicide prevention.  The shop is run by Hope For The Day, a nonprofit with a mission to bring more awareness to suicide prevention and mental health issues. Sip of Hope’s baristas are also trained in mental health first aid and patrons are encouraged to talk and share how they are feeling. In an environment of such hope and support, customers can feel a little love while drinking their morning latte. Read more.

Nurse Works Next to a Doctor She Used to Care For

Nurses are some of the strongest and most caring people in their field, and the story of this nurse is no exception. Twenty-eight years ago, Vilma Wong cared for a baby that was born at just 29 weeks old. The baby, Brandon Seminatore, was in the NICU for 40 days before heading home. Now, Seminatore is a pediatrics resident in the same hospital where Wong cared for him as a baby. Wong was surprised when she recognized the last name of the new resident. “I was overjoyed,” Wong told TODAY. “I took care of this patient and now he’s treating the patients he was part of. What are the chances? It all came full circle. Working next to a patient I cared for is the best reward a nurse could get.” Read more. 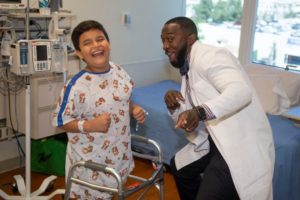 Dr. Tony Adkins has been bringing smiles to patients and the world wide web alike as videos of him dancing with his young patients have made their way across the internet. For children confined to a hospital room, fun can be hard to come by. Dr. Tony wants to change that. “I wanted to be a pediatrician because I always loved being around kids,” he said. And now, Adkins brings smiles and laughter to children who haven’t smiled in days. For children who are having a hard time, Dr. Tony will always be there to dance along to their favorite songs. Read more.

Do you know where your closest national park is?  If the answer is no, L.L. Bean wants to change that. The outdoor company is donating $3 million to the National Park Foundation, which will specifically benefit the Find Your Park/Encuentra Tu Parque movement. L.L. Bean is all about helping people explore the great outdoors and hopes to encourage people of all backgrounds and abilities to enjoy America’s parks. Read more.