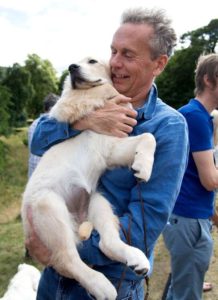 Move over, Disney Land, there’s a new “Happiest Place on Earth,” and it’s a field full of happy Golden Retrievers. More than 300 of the pups gathered in a field at Guisachan Estate in Tomich, Scotland, last week to celebrate the breed’s 150th anniversary. The Golden Retriever Club of Scotland organized the event at the estate of Lord Tweedmouth, the place where the Golden Retriever was first bred in 1868. Owners and passers-by say the guests, show dogs, and scruffy pups alike were very considerate of the event and hardly barked. Can we talk about making this a yearly event worldwide, right outside my apartment? Read more.

One woman saw a big problem with Wikipedia — so she opened up her laptop and fixed it herself. Jess Wade, Ph.D., is a postdoctoral researcher in plastic electronics at Imperial College London’s Blackett Laboratory, and she observed a serious lack of detail in articles concerning female scientist biographies on Wikipedia. She said the demographic of Wikipedia editors, mostly white men, skews the information being shared and written on the platform. According to Wade, only 17% of biographies on the site are about women, further marginalizing them as an underrepresented demographic in science. Wade began writing articles about scientists forgotten by previous editors: She’s up to 270 and counting, working to make Wikipedia more representative of the diversity that exists in the STEM world. “Science has always had incredibly diverse people contribute to it, but, for so long, we’ve only heard one side of the story,” Wade said. “[Wikipedia is] an incredible opportunity to tell these unsung hero stories, and I like being a part of that.” Read more. 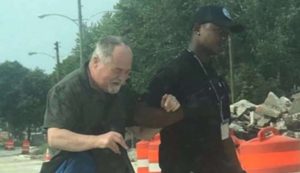 Gene Hubbard, a 69-year-old blind man, walked a regular route to and from work for 20 years without difficulty. When construction suddenly obstructed this path, his bus driver came to the rescue. Twenty-eight-year-old Thaddaus Turner stopped his bus and helped Hubbard cross the street around the construction, setting him back on track. This incident follows a string of heroic acts in the small Wisconsin town —  one where a bus driver ran through traffic to help a man in a wheelchair and another when a driver pulled over to help a man who fell in the snow. Hubbard said he “just can’t say enough about all the bus drivers,” and that Turner’s aid helped him out of a dangerous situation. Meanwhile, Turner attests he’s surprised to see so much media coverage for “something that is second nature to me and my colleagues.” Read more.

This Boutique Opens Its Doors for Foster Families

The Twig is an everyday clothing boutique with a heartwarming secret: It’s specifically meant to provide foster kids a safe and special shopping experience. The boutique opens twice a month, by appointment, for one-on-one shopping. Personal shoppers help the kids pick out 10 pieces of their choice to try on and take home at no cost. The Twig comes as a great alternative for foster families, who are often given little funds with which to buy clothes for their children (sometimes as little as $60). “They make you feel really loved,” 14-year-old Alexie told GMA. “They’re helping out a lot of children who just need to feel loved and welcomed.” Read more.