Wonder Woman: Superhero Both On and Off the Screen 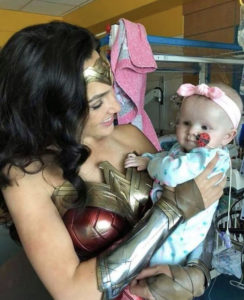 Gal Gadot took time off from filming “Wonder Woman: 1984” this week to visit a children’s hospital in Virginia in full Wonder Woman gear. She spent time with both the patients and the staff of the hospital. Her visit not only cheered up the kids, but it was also a much-needed boost for the staff that works there as well. As Dr. Lucas Collazo wrote on Twitter, “Thank you @GalGadot for visiting us @InovaHealth Children’s Hospital. You are a true Wonder Woman. The kids loved it…and so did the staff.” Read more.

Reunification at the Border: Nonprofit Uses Donations to Post Bail for Mothers

Efforts to reunite families separated at the U.S. southern border by the Trump administration’s policies are revitalized this week, as citizens join forces with nonprofits. RAICES, a Texas nonprofit, recently announced their intention to use $20 million collected through fundraisers to cover the bail bonds of 2,500 detained immigrant mothers. The group is dedicated to this mission and “will write every single individual bond check” if necessary, said Jonathan Ryan, executive director of RAICES. Individuals are also stepping forward to offer their services: Angeline Chen and a group of her friends, all mothers and attorneys, will travel to the border at the end of the month to aid nonprofit Al Otro Lado in walking immigrants through the preliminary steps of legal immigration to the United States. Read more here and here. 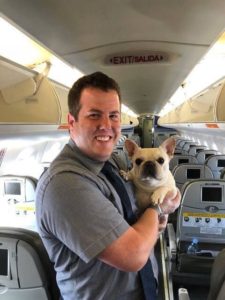 On a JetBlue flight last week, a French bulldog named Darcy began to breathe very heavily. When Darcy’s owner, Michelle, checked on him, she noticed that Darcy’s tongue and gums were turning blue, a sign of oxygen deprivation. When Michelle informed the flight attendants of the issue, they brought ice, water, and even pulled out a small oxygen mask and tank for him. After the mask was applied, Darcy awoke and returned to his chipper self. Michelle thanked the two JetBlue attendants for saving Darcy’s life. Read more.

This week brings good news for the environment: Miranda Wang, one of the co-founders of BioCollection, has just created a chemical process to break down polyethylene,an inexpensive plastic that gets recycled less than 3% of the time due to it often being covered in dirt and grime. Despite this, it is the most widely used plastic in the United States. The process Wang created takes only three hours to turn polyethylene into a valuable liquid that can be used to create nylon, a fabric often used in fashion and automobiles. This brilliant invention coincides with Starbucks’ announcement that they will phase out plastic straws from all their locations by 2020, eliminating more than 1 billion straws a year. A recyclable lid, invented by Starbucks engineer Emily Alexander, will take the infamous green straw’s place on your iced coffee soon. Read more here and here. 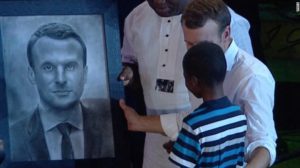 While visiting Nigeria, French President Emmanuel Macron praised the artistic skills of 11-year-old Kareem Waris Olamilekan. The young painter is a member of a burgeoning art movement in Nigeria called hyperrealism, which uses charcoal and pencil to represent its subjects in a style resembling a high-resolution photo. Olamilekan created a stunning portrait of Macron in under two hours, a feat that has gained him fame online as well as appreciation from the French president, who tweeted a short video with the caption: “Very touched, congratulations to this young boy!” Read more.