Ellis Island of the South: Small Town Home to Thousands of Refugees 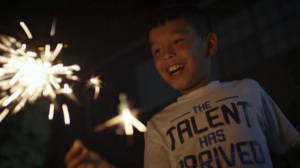 This summer, thousands of refugees celebrated their 4th of July in a small Georgia town nicknamed the “Ellis Island of the South.” Clarkstown, Georgia, is a town of 13,000 people and 1.4 square miles. The surprising part? 31.8% of the town’s population was born outside of the U.S., and it’s home to 40 nationalities and 60 languages. The town’s Southern hospitality is part of a long tradition of accepting refugees dating back to the Vietnam war in the 1980s. “If … we can find this pathway to show that you can have a peaceful, more prosperous world, then I think that we could really see that take hold in a lot of other parts of America and it will be something that we are proud that we were part of,” said Mayor Ted Terry. Read more.

Dairy Farmers and Nonprofits Team up to Feed the Hungry

In southeast Pennsylvania, the nonprofit Philabundance has teamed up with struggling farmers to turn food waste into donations for the hungry in a revolutionary new partnership that’s bringing prosperity to the region. In recent years, dairy farms have been struggling as Americans drink less milk and waste more food (in 2016, U.S. dairy farmers dumped 43 million gallons of excess milk), while 1 in 5 people in Philadelphia don’t have enough to eat. Philabundance is helping farmers use up that extra milk and make it into cheese and yogurt they can donate to the hungry, feeding those in need while simultaneously spurring dairy production. In the future, the partnerships aims to put all sorts of cast-off food, such as skim milk, to use. Read more.

After Years of Searching, She Found Her Sister Right Next Door

Hillary Harris knew she was adopted as a baby and also knew she had a sister whom she had never met. Harris found out her name, Dawn Johnson, and embarked on a seven-year mission to find her. She didn’t have any luck until a woman named Dawn moved in next door. Harris and her husband joked that it might be her long-lost sister, but everything changed when they accidentally received a package meant for their neighbor, and realized that the woman’s last name was indeed Johnson. She worked up the courage to ask Dawn about her family history, which immediately confirmed the neighbors were, in fact, sisters. Since then, the two have been inseparable. Read more.

Felix Finkbeiner, the 20-year-old founder of “Plant for the Planet,” planted one million trees by age 12– now, he’s transformed his program into the “Trillion Trees Campaign” and pledges to plant a trillion more trees in the next 30 years. To put it into perspective, there are about three trillion trees on Earth today, so planting a trillion more would make an immense difference! Finkbeiner has been a well-known environmental activist since he was nine years old, when he first founded his program that has since gone on to inspire young environmentalists ages 9-12. His motto for success and change: “stop talking, start planting.” Read more. 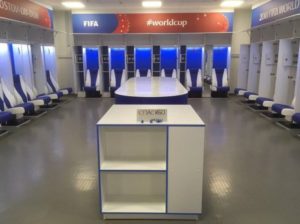 Japanese fans and players once again showed their upstanding sportsmanship after their World Cup defeat in Russia on Monday. After losing their knockout match to Belgium, a loss that brought some Japan fans to tears, the team cleaned their entire changing room and left a note with the simple phrase: “Spasibo,” or “thank you,” in Russian to their hosts. Japan fans were in equally good spirits as they cleaned the stadium after the game had ended, continuing their past track record of tidying up the bleachers after matches, win or lose. Read more.