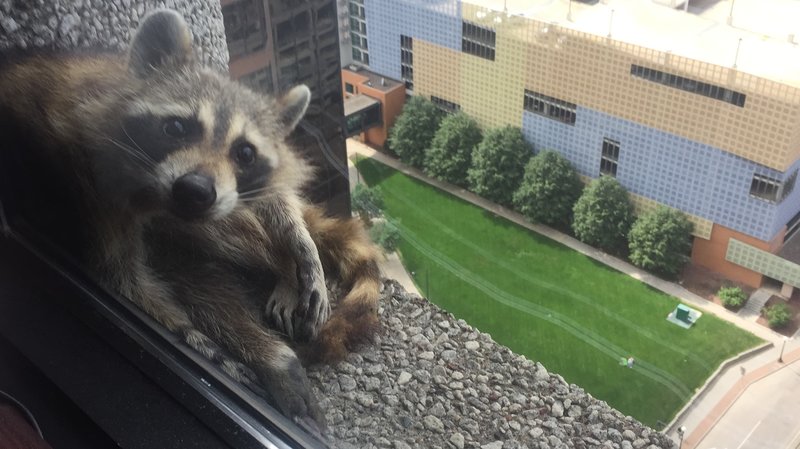 An acrobatic raccoon captured the attention of the nation this week. The animal, dubbed the #mprraccoon (after Minnesota Public Radio, whose team covered the story live), scaled the UBS building in St. Paul. As she camped out on the 23rd story ledge, onlookers became worried that she had not had food or water for two days. The local Wildlife Management Services were called in to help, and they managed to catch #mprraccoon when she finally made it to the roof on the second night. After feeding her some cat food and water, they released her into a suburban area. Read more.

Genevieve Via Cava, a former special ed teacher in the Dumont School District in New Jersey, once told her superintendent, Emanuele Triggiano, that she would donate $1 million to the district upon her death. Trigianno laughed it off, but when Via Cava passed away in 2011, the district received the paperwork stating that she had, in fact, donated $1 million to them. Starting next year, the money will be used to award a $25,000 scholarship for a special ed student to seek out higher education. Via Cava will be remembered as a warm woman and a caring teacher, who has created a lasting legacy for herself. Read more.

Making a Difference (One Lawn at a Time)

Rodney Smith Jr. has a passion for helping people in need by mowing their lawns for free. He attends to the elderly, the disabled, veterans, and single mothers, doing their yard work for them and “Making a difference one lawn at a time.” He’s holding himself to the “50 Lawns in 50 States Challenge” (which he invented) and is now challenging kids nationwide to join him. He’s encouraging them to post a picture on Instagram accepting the challenge and get to work, mowing (hopefully) 50 lawns. In the future, he wants to start a scholarship for kids who complete the challenge and continuously receive good grades. Read more. 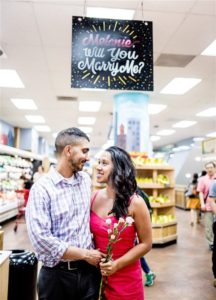 Melanie Diaz told her boyfriend one morning that she had a dream that he proposed to her in a grocery store. Sidd Sinha took that idea and ran with it. A few months later, Sidd took Melanie to Trader Joe’s to pick up a few things. Inside the store, Sidd had created an elaborate museum of their life together with the help of the signs, employees, and products. They started with how they first met and ended with Sidd popping the big question. Price check on an engagement ring, aisle 3! Read more.

Man Brings Pizza to Those in Need

When Armando Colunga saw the news that 54 undocumented immigrants had been detained in San Antonio after authorities discovered them in the back of an 18-wheeler, he decided to take action. Worrying about how long they’d been without food, Colunga hopped in his truck and drove to the scene. After noticing a Little Caesar’s nearby, Colunga ordered seven pizzas to bring to the group, who had not been fed. When officers told him he didn’t have to help out, Colunga replied, “No, I didn’t have to, but they’re my people.” Read more.