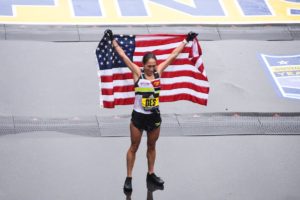 A Win 30 Years in the Making

For the first time in more than 30 years, an American woman has won the Boston Marathon. Desiree Linden, who is also a two-time Olympic medalist, braved the rain and the wind to win the 122nd Boston Marathon. She finished the 26.2 miles with a time of 2 hours, 39 minutes, and 54 seconds. Not only is Desi an impressive runner, she’s also an impressive teammate. When fellow American Shalane Flanagan, the favorite to win and the winner of the New York city Marathon, took a break only 45 minutes into the race, Desi waited for her so they could run together. Read more.

When Michael Gustafson put a typewriter in the basement of his Michigan bookstore, he wasn’t sure what to expect. But something amazing happened. Customers started to leave anonymous notes on the typewriter. The notes ranged from confessions to love notes to poetry, and so much more. Every night, the notes are collected and stored because Gustafson can’t bear to throw any of them away. He even complied some of them into a book called “Notes from a Public Typewriter.” It’s become a community diary of sorts that everyone will keep adding to in the years to come. Read more.

Learn the Secret to Happiness in Six Weeks

Apparently, you can teach happiness. Yale University figured it out, and now its offering the course to everyone online for free. When more than 1,000 students signed up for the Yale psychology course Psychology and the Good Life, the school and Professor Laurie Santos decided to put it online via Coursera. It’s a six-week lesson in practicing happiness and learning about common misconceptions so that you can live your best life. Read more. 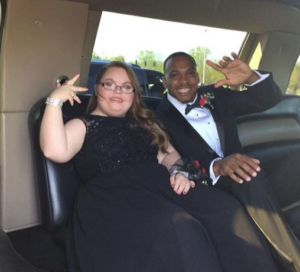 A Special Date Makes Prom a Night to Remember

Don Jones, defensive back for the San Francisco 49ers, made 18- year-old Lindsey Preston’s prom a night to remember when he returned to his hometown in Alabama to escort her to the big dance. Jones’ mother taught Preston in elementary school so the two families go way back. And the night was special for more than just Preston, who has Down syndrome. Jones made all of the students feel special by making sure to dance with everyone. This was one prom I don’t think that anyone will forget. Read more.

A Sweet Business for Veterans

The transition back to civilian life for veterans is a difficult process, and this D.C. bakery is looking to help. Dog Tag Bakery, located in the Georgetown neighborhood of D.C., isn’t just a bakery, it’s a business school for wounded veterans with the goal of helping aid their transition into the civilian workforce. CEO Meghan Oglivie said Dog Tag’s mission is about more than giving veterans skills, it’s about helping them “find purpose again.” Dog Tag Fellows, as the veterans are called, not only work the front of the bakery serving coffee and pastries, they also take courses in accounting and marketing to learn more about running a small business. At end of the six-month fellowship, the fellows receive a certificate in business administration from Georgetown University’s School of Continuing Studies. Read more.