It’s a Beautiful Day in the Mailroom 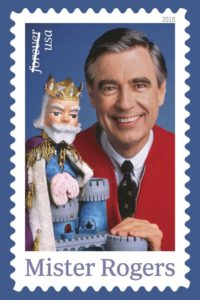 Fred Rogers, who of course hosted the iconic PBS show “Mister Rogers’ Neighborhood,” will soon be immortalized by the USPS in the form of a Forever stamp. He will be joining Elvis, Big Bird, and former presidents in this year’s run of stamps. Joanne Rogers, his wife, wholeheartedly approves of the stamp, and thinks Rogers would have as well, stating in an interview: “I think he might have agreed with me that it is amazing, He always wanted to provide a haven and a comfortable lap for children, and I think that is what so many of us need right now.” Read more.

Celebrating an exciting life achievement is always better when it’s with loved ones. Hada Wiltz now has some video evidence to back this statement up. Wiltz filmed a video of her checking the status of her application to her number one choice school, Wellesley College in Massachusetts, surrounded by her friends and family. When they see she was accepted, they burst into a major celebration. The video has gone certifiably viral, having been viewed more than 21 million times. Wiltz hopes that she can inspire other students to apply to their dream college. Read more.

This past weekend, millions joined the March for Our Lives, standing up against gun violence in the United States. Pope Francis himself seems to be offering his support for the movement started by teenagers, saying at Palm Sunday Mass in St. Peter’s Square that it’s the next generation’s passion for  making their voices heard. He had more encouraging words for young demonstrators, saying: “It is up to you not to keep quiet. Even if others keep quiet, if we older people and leaders, some corrupt, keep quiet, if the whole world keeps quiet and loses its joy, I ask you: ‘Will you cry out?’” Read more. 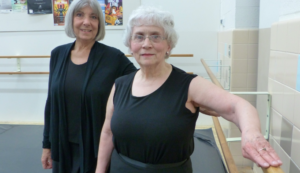 It’s never too late to follow your dreams. Fay Richardson always dreamed of being a ballerina when she was young, but her family couldn’t afford to pay for classes. But Richardson never completely let the dream go and started taking dance classes at the age of 45. Although she had moments of wanting to quit, her younger classmates always encouraged her to keep going. Now, at 79, Richardson is still dancing, as the oldest dancer at the Young Ballet of Saskatchewan, in Regina, Canada. Ballet definitely lives up to Richardson’s expectations, with her saying: “It feels special, because I am doing it and I like it.” Read more.

Blame It on the Weatherman

This kindergartener just upstaged any school project you’ve ever done. Carden Corts, 6 years old, received the simple assignment of having his parents film him giving a weather report. He took the job as seriously as any meteorologist. The hilarious video features him “reporting” on the weather as he transports to a hurricane, a snowstorm, a tornado, and downtown Nashville. Since the video has blown up, Corts has gotten some offers from TV stations to try out broadcasting on their network. He’s declined thus far, saying he doesn’t know yet what he wants to be when he grows up. Whatever he chooses, it’s clear he’ll bring his charm and charisma to the job! Read more.