You’re Never Too Old to Be a Track Star 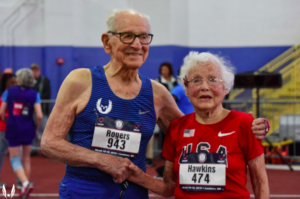 What do you think you’ll be doing when you’re 100 years old? Your first thought probably isn’t breaking track records, but that is exactly what 100-year-old Orville Rogers and 102-year-old Julia “Hurricane” Hawkins are doing. This past weekend, Rogers and Hawkins set new world records in the 100 to 104 age category. Rogers, a World War II bomber pilot, didn’t start running until he was 50 and only started competing when he was 90, and Hawkins, a cyclist, took up running at the ripe age of 100. The two prove that it’s never too late to start doing something new. Read more.

Children with Down Syndrome Star in Their Own Carpool Karaoke

Carpool Karaoke normally has us in tears of laughter, but this edition will have you experiencing all the feels. Fifty moms and their young children who have Down Syndrome got together to film themselves using Makaton sign language (a type of sign language that uses signs and symbols to support speech) to sing along with Christina Perri’s “A Thousand Years.” The moms in the video are all a part of a support group for parents of children with Down Syndrome. The idea behind the video, which was shown at World Down Syndrome Day, is to show that they’re just normal moms, with normal kids, who all love each other. Read more.

When Jen Pratt was just 11 years old, she knew what she wanted to do with her life. Pratt was diagnosed with a tumor in her leg and became a Make-A-Wish kid, getting a vacation to Walt Disney World. After spending a year in and out of Children’s St. Paul Hospital in Minneapolis, she knew she wanted to go into medicine. Years later, Pratt is now a doctor at that same hospital, working alongside some of the same nurses who took care of her. She’s also giving back at Disney, as she plans to volunteer at the Give Kids the World resort, where she stayed during her trip. Read more. 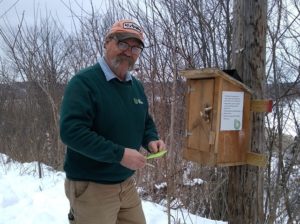 Marty Hornick, the ground foreman for the city of Burlington, VT, started a “little” project that’s come a long way. Hornick erected what he calls a “little box” that collects donations like food and clothes, that homeless people can then retrieve from the box. Now, there are a multitude of these boxes all over the city, with donations of boxes themselves pouring in to cover more ground. The boxes have received a lot of attention, both from the general community and the homeless population. Hornick keeps every note he’s received through these boxes (which he checks on regularly), and he says virtually every note he receives is a “thank you.” Read more.

Shoes That Save the Planet

If you’re looking for a shoe to help the environment, Adidas has the answer. In 2016, Adidas announced a partnership with the nonprofit Parley for the Oceans, whose mission is to protect ocean life specifically through stopping plastic waste. So, together the two organizations created sneakers made from recycled plastic “intercepted from beaches and coastal communities before it reaches the ocean.” Each shoe reuses approximately 11 plastic bottles. According to Adidas CEO Kasper Rorsted, the company has sold more than 1 million of these shoes in 2017. Read more.