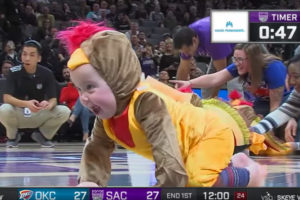 Baby Races Are a Halftime Hit

What’s better than watching someone sink a half-court shot at a basketball game? Watching baby races at a basketball game! The Sacramento Kings are getting ready for another round of baby races during their home game against the Memphis Grizzlies at the end of December. Babies crawl across the court to parents who are cheering them on. Some babies “sprint” across the court while others have a more, well, challenging time and need the lure of organic bananas to get them across the finish line. Read more.

Colin Furze, an inventor and YouTuber, built a playhouse that is a life-size version of an AT-ACT (all terrain armored cargo transport) for a young ‘Star Wars’ fan named Harvey. The little boy loved it and is undoubtedly the envy of all his friends (and their parents). Read more.

HONY for the Holidays Makes Sure Nobody Celebrates Alone 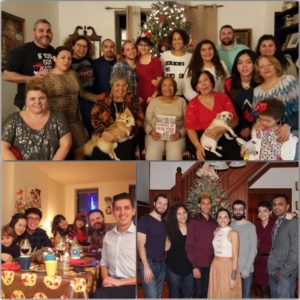 For the fourth year in a row, Humans of New York is connecting people who would like to share a holiday meal. In an effort to make sure nobody in New York City is alone on Christmas, HONY is matching hosts who have an extra seat at the table with guests who, for whatever reason, might not have somewhere to go to celebrate the holidays. Matches are approved by hosts and guests before anyone is connected, and then all are free to celebrate together. Read more.

With the Christmas season upon us, shoppers at a Pennsylvania Walmart were reminded why this time of the year is known as the season of giving. An anonymous donor recently paid off $50,000 in store layaway debt. The mysterious benefactor sent a woman who addressed herself only as Santa to deliver a check that paid off the debts of more than 190 accounts, including that of a grandmother who wasn’t sure how she would to pay for her grandson’s gift because of medical expenses. It was the single largest donation any store has received this year. Read more.

Any parent can instill hope in their child to let them know that anything is possible. No one knows this better than Charles Cole III. Cole recently tweeted out a viral photo of his parents with the caption: “My parents went back to college together and they graduated today. Together #salute.” Cole’s parents had battled drug addiction which prevented them from pursuing college, but were inspired to go back to school after their son graduated. As of now, they have been sober for over two decades. As graduates with theology degrees, they plan to further their ministry and help homeless veterans. Read more.