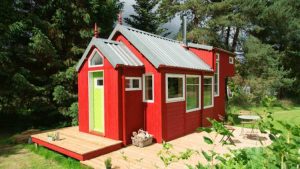 Scotland Constructs Eco-Village for the Homeless

By Summer 2017, Scotland’s first eco-friendly village for the homeless will open with 10 homes providing shelter for those in need. With each house holding up to 20 individuals, the village is expected to save Scotland’s government more than $250,000 in aid for the homeless annually. Additionally, the community will provide job training, counseling, budgeting advice, and education to help the tenants get back on their feet. Read more. 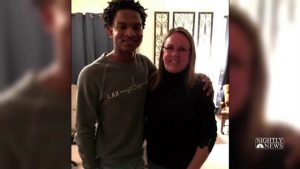 A couple days before Thanksgiving, 17-year-old Jamal Hinton found himself accidentally included in a random group text. An Arizona grandmother named Wanda texted her grandkids that dinner would be served at her house at 3 p.m. that Thursday. Hinton texted that he believed he was in the chat by accident, but jokingly added, “Can I still have a plate?” To everyone’s surprise, the Grandma Wanda happily accepted, and warmly welcomed Jamal and his parents to her family’s Thanksgiving dinner, saying “that’s what grandmas do…feed everyone.” Read more.

When it comes to Black Friday, most companies expect to turn huge profits from their many sales. But instead of keeping the money, Patagonia is on a mission to save the world. The outdoor clothing company said that it will donate all $10 million of its Black Friday sales to charities and organizations involved with environmental work. One hundred percent of the money spent will be donated to nonprofits that protect the air, water, and soil. The company expected to raise $2 million in sales but was shocked when they raised five times that amount. Although Black Friday is over, Patagonia always donates one percent of its sales to green causes and recently announced its new line of jackets made of “as many recycled materials as possible.” Read more.

This year’s Giving Tuesday, a global day of giving back, raised $168 million dollars in charitable donations around the world, topping last year’s fundraising by 44 percent. From major nonprofit organizations to small grassroots campaigns, the effects of this special time to give to others were felt around the globe. In addition to raising funds, volunteers pledged thousands of hours of their time to assist those in need. Henry Timms, co-founder of #GivingTuesday and executive director of the 92nd Street Y, says “This year we are seeing #GivingTuesday begin to emerge as a national ritual. After two days of getting deals, and a divisive political season, people are ready to celebrate the things we have in common: our generosity as Americans.” Read more.

Research suggests that family rituals may be just what some need in order to have a joyous holiday season. Several studies questioned hundreds of online subjects about their holiday habits, and those who said they take part in family rituals such as dinners with special foods, religious services, or watching the ball drop in Times Square felt closer to their families, which ultimately made their holidays more enjoyable. While it is difficult to note whether the rituals themselves boosted holiday happiness or that the people who enjoy the holidays take part in more rituals, research subjects had higher enjoyment ratings, suggesting joyous benefits of holiday traditions. Read more.