Champs-Élysées Gets a Green-Up 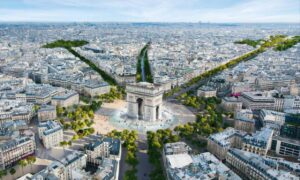 Paris Mayor Anne Hidalgo has approved plans to update the Champs-Elysees, Paris’ most famous avenue, into a sustainable, inviting garden space. The plans include tunnels made of trees and converting roads to pedestrian spaces in attempts to bring the avenue back to its former glory, even magnifying the beauty it was once known for. The designers, and Mayor Hidalgo, hope that the restorations will turn the avenue into a place that is “ecological, desirable and inclusive.” Read more.

22-Year-Old Sees Color for the First Time, Amazed at How the Bushes “Pop” 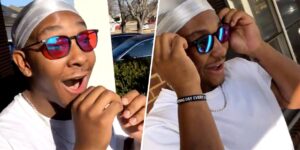 Mac Erves was shocked to see how bright colors were after putting on the glasses received for his 22nd birthday. His close friends gifted Erves the ONKE glasses designed specifically to correct colorblindness, a condition Erves discovered while he was in middle school. With the glasses on, Erves says he finally sees “how things are supposed to be.” After being recorded by his friends, Erves’ ecstatic reaction quickly went viral on Twitter. He was touched by the act of generosity. “This is probably one of the best gifts I’ve ever received in my life,” he said. Read more.

A Post-Christmas Miracle in Louisiana 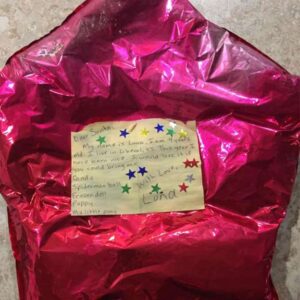 A 4-year-old’s Christmas list may not have reached the North Pole, but it did reach a good samaritan in Grand Cane, Louisiana. Luna and her twin sister Gianella sent their 2020 Christmas lists via balloons to Santa from their home state of Kansas. The girls’ mother wanted to do something fun and different during this difficult time but never expected either of the balloons to travel so far. After discovering  Luna’s balloon 650 miles from its launch, Alvin Bamburg harnessed the power of social media to find the family. Bamburg also arranged for people to send gifts to the girls via Facebook. The twins’ mother Leticia is tremendously grateful for Bamburg’s act of kindness and has stated that the gifts that had been sent to the girls will be donated. Read more. 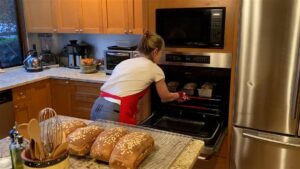 A Seattle-Based group of home bakers, led by college administrator Katherine Kehrli, has been devoting time and energy to baking and donating loaves of bread to local food banks. What started as a small initiative has grown, and Community Loaves has now donated over 1300 loaves of homemade bread to those in need. “(This project) has restored my faith in the collective good that we can actually do,” Kehrli said. Read more.

Great-Grandmother Defeats Odds by Earning Her College Degree at 90 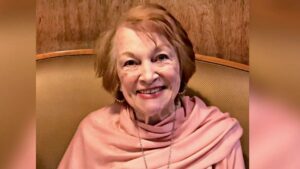 After putting her education on hold for nearly 20 years while she became the caretaker for her husband, Marion Thomas was surprised with the conferral of her college degree during her 90th birthday Zoom celebration. Marion had completed all but seven credits before her husband became ill, but her devotion to her family and community in the years that followed were so impressive that her college awarded her the remaining credits and conferred her degree. Read more.