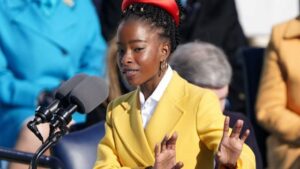 This past Wednesday, it was 22-year-old Amanda Gorman’s job to “find the right words at the right time.” That she did. Gorman’s powerful poem titled “The Hill We Climb” calls for “unity and collaboration and togetherness.” Gorman, the National Youth Poet Laureate, follows in the footsteps of Maya Angelou and was recognized by both Oprah Winfrey and Michelle Obama, who said, “Keep shining, Amanda!” Gorman will publish a children’s picture book entitled “Change Sings” later this year. Read more.

Four Strangers Who Share a Name Form a Band, Despite Distance 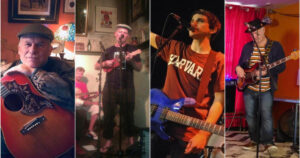 While scrolling through Facebook one day, a Baltimore man named Paul O’Sullivan decided to search for others with the same name as him. He found not only a number of other Paul O’Sullivans, but also a number of those Pauls also happened to be musicians, like him! After connecting online, four of the Pauls decided to start their very own band. Hailing from cities across the globe, the Pauls decided to use their time at home during quarantine to record an album by meeting virtually, emailing lyrics and chord ideas, and practicing on Zoom. In a year where much was put on pause, the Pauls were able to make beautiful music together, despite the distance between them. Read more.

Delonte West Returns to a Rehab Center, This Time as an Employee 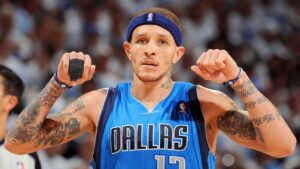 This past September, Dallas Mavericks owner Mark Cuban helped NBA player Delonte West get his life back on track after West experienced personal struggles with drugs, homelessness, and mental illness. Today, West is now working at the drug rehabilitation center he once attended as a patient, inspiring others who are going through a tough time. West, who played for the Boston Celtics, Cleveland Cavaliers, and Mavericks, is proving that being a team player is a valuable skill on and off the court. Read more. 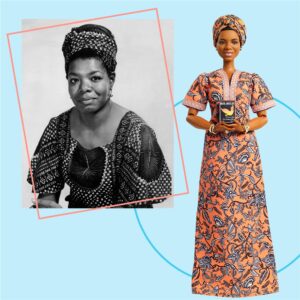 Mattel has pledged to release diverse Barbie dolls that honor role models in their upcoming Inspiring Women series, beginning with Dr. Maya Angelou, poet and activist. Her works have been circulated widely, and continue to inspire readers, young and old alike. Mattel says that it is important to them that young girls have dolls that both represent them, and also to see role models that came before them. Read more. 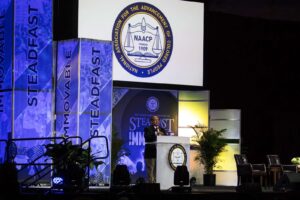 One anonymous donation and countless lives changed. The NAACP Legal Defense and Educational Fund started a $40 million scholarship program thanks to a generous gift from an unnamed donor. This program will assist the newest generation of civil rights lawyers who intend to fight for racial justice across America’s southern states. About 50 students will attend law schools throughout the U.S. on full scholarships thanks to the gift, and in return, will commit to eight years of pursuing racial justice across the South. These prospective lawyers will also each commit to a two-year post-graduate fellowship in a civil rights organization. The Legal Defense Fund first showed its support for civil rights lawyers when it was founded by Thurgood Marshall in 1940, and will only continue to show its support for racial justice and the future attorneys fighting for it. Read more.