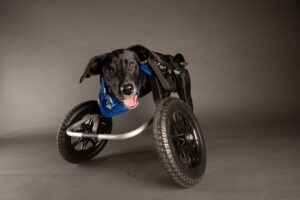 Woof! The annual Puppy Bowl is almost here, and this year’s competition is more inclusive than ever. Among this 2021 competitors are six dogs who each have a disability, but are just as excited to be part of the action. Jett, Fletcher, Marshall, Rumor, Hank, and Theodore come from a few different shelters, but they have one thing in common — they’ve all beaten the odds. The dogs are too cute to handle (and all up for adoption!), so you’ll have to tune in this Sunday and see how they do. Read more. 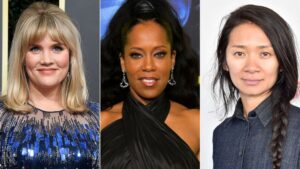 When Russ Schwartz and Katherine Quirk, an engaged couple, saw that COVID-19 vaccine appointments would have to be booked online, they decided to help their elderly parents and senior citizens of their South Florida town secure their appointments. The couple wanted to help make vaccine appointments more accessible to seniors who may struggle with technology, so they started a Facebook group that shares information about how to sign up for an appointment. The Facebook group named “South Florida COVID-19 Vaccination Info” amassed nearly 20,000 members over one month. Both Schwartz and Quirk continue to update the page and work with a team of about 120 volunteers who individually assist people with questions and bookings. The couple has received countless messages of gratitude from seniors and their families for the services and information they’ve provided. Read more. 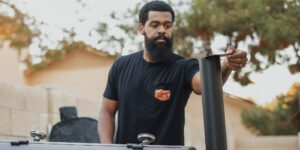 Jonathan Jones, a self-taught pitmaster from Phoenix, Arizona, is putting his barbecue talents to use fighting food scarcity in his community. After years of watching videos, reading cookbooks, and good old trial-and-error, Jones mastered the skill and decided to start a nonprofit called Smokin’ Hope, which delivers delicious meals to those experiencing food insecurity in his area. Since its founding in 2018, Smokin’ Hope has delivered more than 1000 meals to people in need. Read more. 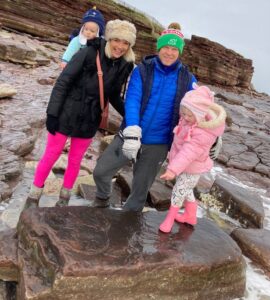 A paleontologist in training! When Lily Wilder was out for a walk with her family, the observant toddler spotted a footprint that didn’t look like it came from a neighborhood pet. At first, 4-year-old Lily Wilder’s dad was not even sure if it was a real dinosaur fossil but was shocked to discover its authenticity after posting the image to a fossil identification Facebook page. Archaeologists were shocked to see the pristine condition of a 215 million-year-old dinosaur fossil. They said the discovery is one of the most perfect footprints found in over 10 years, if not, ever. The National Museum Cardiff in Wales quickly accepted the fossil for display. Here’s to more history-making explorers, young and old. Read more.