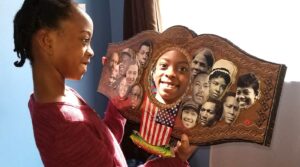 Ontario-based African-Canadian Cardboard artist Luanga Nuwame sought to create something to inspire the next generation of Black leaders during the pandemic. Using locally sourced cardboard and glass, he created a mirror surrounded by images of Black heroes and historical figures  In honor of Black History Month, Nuwame created the artistic item so that young people can look in the mirror and see themselves as future leaders. There are 100 copies of the mirror available. Read more. 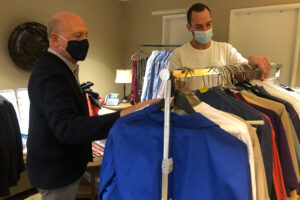 What is… generosity? Part of late Jeopardy! star Alex Trebek’s wardrobe has been donated to the Doe Fund, an organization that provides training, education, and housing to those experiencing homelessness in NYC. The wardrobe included over 110 pieces of clothing, 300 ties, and 25+ accessories. The Doe Fund seeks to rehabilitate those looking to reenter the workforce after hardship. Donations like these allow the Fund to provide adequate clothing for those on the job hunt. Read more. 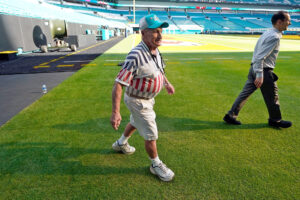 92-Year-Old Hailed as ‘The Sodfather,’ Has Worked Every Super Bowl

Ninety Two-Year-Old George Toma has worked every single Super Bowl since the first big game, preparing the field for the athletes’ big day. In 1967, the late NFL commissioner Pete Rozelle approached Toma, asking him to prepare the Super Bowl I field. The sod begins growing 18 months in advance of gameday, and must be carefully prepared, installed, and painted. As Toma shares, a safe playing field is vital to the safety of the athletes. The “Sultan of Sod” wouldn’t have it any other way. Read more.

After a Rhode Island snowstorm blanketed cars with powder, one compassionate young boy and a family friend ventured to Westerly Hospital to clear the snow off hospital employees’ cars as they ended their shifts. When asked why he did this act of kindness, he said that the doctors and nurses had been there for everyone in the community, and he wanted to do something to thank and support them. Read more. 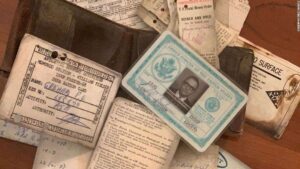 Arctic Wallet Gets Frozen in Time, Is Returned 53 Years Later

Antarctica is not only home to penguins, but also to good Samaritans too! The wallet that 91-year-old Paul Grisham lost there about 53 years ago when he was serving in the Navy has finally been returned. Grisham said someone recovered his wallet while demolishing older structures on the icy continent, including the building where he lived from 1967 to 1968 during the heart of the Cold War. Grisham and his family were amazed by the discovery. His granddaughter has always been fascinated by his accounts from his naval service in Antarctica, and now Grisham has a time capsule to go along with his stories. Read more.