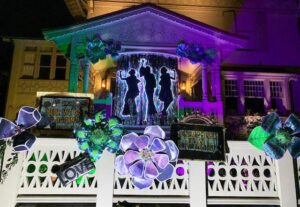 In the midst of the raging pandemic, New Orleans residents couldn’t help but wonder what would happen to their famed Mardi Gras celebrations. Inspired by the many celebratory floats that usually make up the parades, residents began creating smaller versions of these intricate displays on the front of their homes. The result? A beautifully decorated city that feels like one huge celebratory parade. Check out the fabulous “Yardi Gras” displays here. Read more. 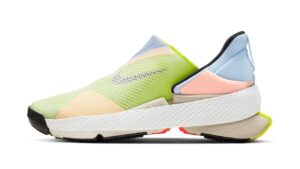 Making Footwear More Inclusive, One Step at a Time

The latest sneaker collaboration is here. The inspiration behind Nike’s new “hands-free” shoes? Matthew Waltzer, a 16-year-old boy who wanted one thing: A pair of shoes he didn’t need to tie. In a letter he wrote to Nike in 2012, Waltzer explained his cerebral palsy made it difficult to put on shoes by himself and asked for Nike to come up with a more accessible shoe design. Seven years later, after the brand reached out to him to collaborate, his idea became reality with a new pair of sneakers that uses a hinge technology to step into the shoes, no tying required. We think this affords everyone the opportunity to give Matthew a round of applause! Read more. 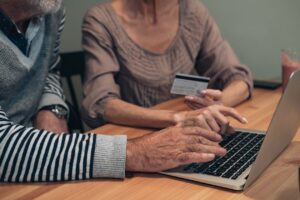 Ninety Two-Year-Old George Toma has worked every single Super Bowl since the first big game, preparing the field for the athletes’ big day. In 1967, the late NFL commissioner Pete Rozelle approached Toma, asking him to prepare the Super Bowl I field. The sod begins growing 18 months in advance of gameday, and must be carefully prepared, installed, and painted. As Toma shares, a safe playing field is vital to the safety of the athletes. The “Sultan of Sod” wouldn’t have it any other way. Read more. 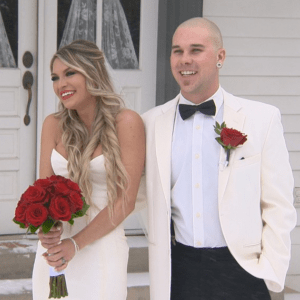 Two Birthdays and a Wedding: All on Valentine’s Day!

A Colorado couple who both have birthdays on Valentine’s Day decided to get married on that same day! This couple is often asked to provide ID to prove their unbelievable shared birthday. As if that wasn’t uncanny enough, the groom, 30-year-old Tyler, has the last name Valentine! Congratulations to Mr. and Mrs. Valentine, a couple fortunate enough to have their anniversary seemingly named for them! Read more.

The Yellow Balloon That Started a Kindness Movement

Acts of kindness often begin in the humblest of ways. Natasha Kable Fogle, the mother of 2 -2-year-old Grayson, was moved by a West Virginia Party City employee’s act of kindness. The cashier gifted her son a yellow balloon, and the simple acknowledgment of Grayson was enough for Fogle to take to Facebook to express her gratitude for the kind act. This good deed spurred the creation of the #YellowBalloonChallenge, coined by a local law firm, telling residents to “say hello to a stranger, shovel a neighbor’s driveway, pay for the car behind you … just make someone else smile.” People are encouraged to give their own version of a “yellow balloon” through any act of kindness! The law firm began the kindness chain with a $100 donation to Meals on Wheels, and various businesses in the community pledged similar donations. Read more.