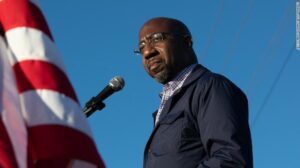 Reverend Raphael Warnock made history after he became Georgia’s first Black Senator, adding, “This historic moment in America could only happen here.” He is the senior pastor of Ebenezer Baptist Church in Atlanta, where Martin Luther King Jr. also preached. Warnock will be the 11th African American United States Senator. The close race, called early Wednesday morning, left Warnock feeling honored, and while he says change can be slow, it is in moments like this that he feels it is truly possible in America. His belief in positive change is not unfounded: Republicans saw a record number of women assuming Congress seats. Rep. Elise Stefanik (R-NY) said that these wins could spark more gender diversity in the Republican party and that, combined with the uptick in Democratic congresswomen, could lead to a more diverse and therefore more representative Congress overall. Read more. 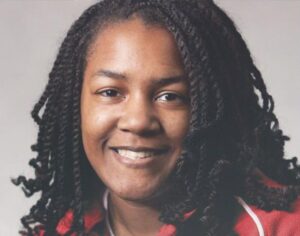 Bianca Smith made history this past week when she became professional baseball’s first Black female coach. She will be a minor league coach for the Boston Red Sox organization. In the past, Smith worked with colleges and professional youth academy teams, even majoring in sports management and interning with the MLB corporate office. Smith is excited, saying, “It’s a great opportunity also to just kind of inspire other women who are interested in this game.” Read more. Read more. 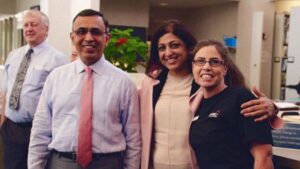 2021 is already glimmering with hope for a better year, especially in Pine Bluff, Arkansas, where oncologist Dr. Omar Atiq is erasing the medical debts owed by his former cancer patients. Atiq recently closed his cancer clinic of nearly 30 years and was working with a billing company to collect final payments from patients when he and his wife realized that these patients were simply unable to pay. After reflecting on the situation with his wife, the pair decided to personally forgive the remaining $650,000 owed, sending out holiday greeting cards with the good news. Read more. 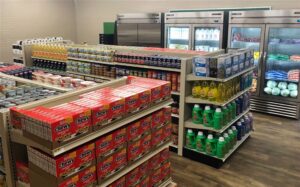 A Free Grocery Pantry is Changing Lives in Sanger, Texas

Paul Juarez has pioneered a way to help disadvantaged students get the resources and essential items they need in a way that keeps their dignity intact. Juarez, the director of the nonprofit First Refuge Ministries, has created a free grocery pantry, that allows economically disadvantaged members of the Sanger, Texas community to purchase food and other essentials with a swipeable card. This pantry-turned-grocery store within Linda Tutt High School has changed the lives of students in Sanger Independent School District, which has been named a food-insecure area. Items in the student-run store are purchased through a point system, and points are allotted based upon family size, good merit, and positive in-class performance. The store is also open to staff members and the greater Sanger community. Read more. 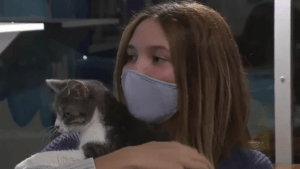 “It was just crazy. My heart skipped a beat.” Thirteen-year-old Sidney Hertzberg could not believe her eyes when she received a $50,000 check after winning the PetCo National Essay contest.. She wrote about her experience with cats and how her own cat, Mr. Mittens, helped her deal with pots, a condition that impacts blood circulation and leads to aches and fatigue. Instead of keeping the money for herself, she donated all $50,000 to Ferndale Animal shelter, where she often volunteers. Sidney is also starting a program called Sidney’s Seniors for Seniors, designed to pair senior citizens with older cats. Read more.