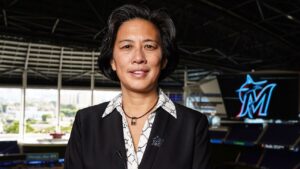 Kim Ng has made Major League Baseball history by becoming the organization’s very first female general manager of any of the league’s 30 teams. This past Friday, the Miami Marlins hired 51-year-old Ng after her impressive career within the MLB realm, most recently serving for nine years as MLB’s senior vice president of baseball operations. The new GM has certainly come a long way from her roots as an intern with the Chicago White Sox to her current standing as the highest-ranking woman in baseball operations. Ng remarked about her new and impressive role, “I am both humbled and eager to continue building the winning culture our fans expect and deserve.” Read more about her incredible journey here. 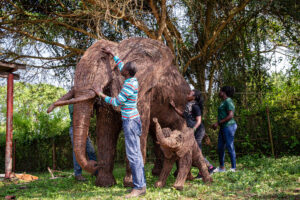 Citizens of Uganda are expressing their love for local wildlife in a particularly creative way. Conservation biologist Tutilo Mudumba and several others went on a mission this past September to collect wire traps set illegally by poachers throughout Uganda’s Murchison Falls National Park. They managed to recover upwards of 200 of these snares in just one trip. As Mudumba is the co-director and co-founder of Snares to Wares, a program that employs more than 600 artists to craft the wires into impressive wildlife sculptures, the removed traps were put to good use. Thanks to the work of Snares to Wares and the Uganda Wildlife Authority, countless animals like warthogs, antelopes, and buffalo have been rescued from poaching. Read more. 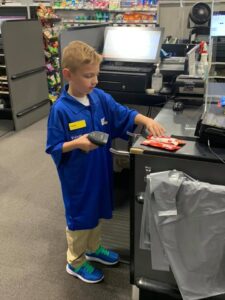 “Best” Surprise for a Boy With Autism

A young boy named Parker who lives with autism had dreams of one day working at his local Best Buy in Fort Wayne, Indiana. When Parker’s mother called the store and asked if she could buy a shirt embroidered with the store’s logo for her son’s Halloween costume, the store’s employees had an even better idea for the aspiring salesman. On the night of Halloween, Parker got to shop around the store in his own uniform shirt and nametag with the help of a few friendly Best Buy workers, who even let the boy scan his own items at the end of the night! Parker’s mom, Erika, remarked after the experience, “Christmas came early for this little boy, and we are forever grateful for the memories made tonight.” See pictures of Parker’s adventures here. 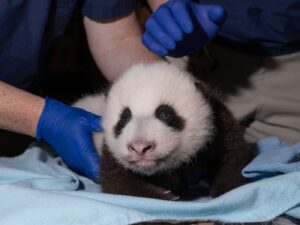 The National Zoo in Washington, D.C. is calling on the public for help picking a name for the newest panda cub at the zoo. If you’re up for the job, you need to choose between four different names selected by the zoo. The name that gets the most votes by November 23 will be bestowed on the cute panda cub. The possible names were chosen by the zoo and its Chinese partners who strive to conserve this beloved and endangered bear. Once you’ve read the four naming options and their meanings, vote here. 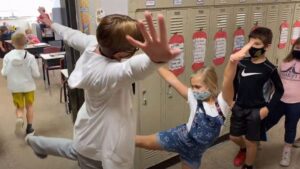 A New Kind of Handshake

During non-pandemic times in Mary Shultz’ classroom in Rockwell Iowa, she and her 20 third-grade students would give hugs, high fives, or handshakes to greet each other in the morning. When the pandemic hit, Mary knew that this was no longer possible, but wanted to keep her students engaged. So, she got creative — she assigned each student homework to come up with a socially distanced greeting for every day. Her students accepted the challenge and now each have their own unique greeting including things like a ballerina curtsy, or a simple wave. Shultz hopes this will bring some normalcy and joy to the students in this unprecedented time. Read more.