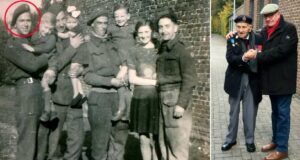 During his time at war, George ‘Bunny’ Avery journeyed across the continent. George was a sapper, or combat engineer, in the Royal Engineers and part of the second wave of troops to land on Normandy’s Sword Beach beaches on D-Day,  June 6, 1944. While George and some other soldiers were building bridges in Belgium, he stayed at a bakery in a nearby town with a family. George quickly made friends with the 6-year-old boy of the household, Urbain. Before leaving George and Urbain got a photo together. George’s daughter Kathryn recently discovered photos of the bakery, with a Belgian address written on the back. After some research, she was able to contact Urbain. Now 76 years later, the 98-year-old veteran has recreated that photo taken with Urbain from back when he lodged with them. Read more. 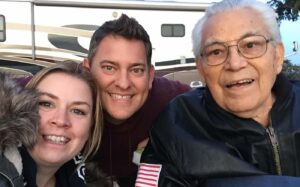 The grandson of 95-year-old WWII vet Johnnie Dimas has decided to embark on a journey of a lifetime with his grandfather. When it came time for his grandfather to enter a nursing home because he needed full-time care, Roger Gilbert devised a plan. He moved Johnnie from Illinois to Arizona to live with himself and his wife. The three of them then started their journey to travel across the country in their motorhome, visiting all of the places on Johnnie’s bucket list, including several WWII museums where patrons celebrated Johnnie for his service to our country. Read more.

A Stunning Stride for the Special-Needs Community 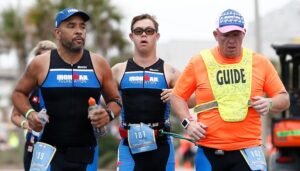 Chris Nikic, 21, has made history as the very first athlete with Down Syndrome to complete the Ironman Triathlon on November 7. As a young boy who was unable to walk until age 4 or eat solid foods until age 5, Chris’s feat of completing a 2.4-mile swim, 112-mile bike ride, and 26.2-mile run is truly astounding despite his continued struggle with balance and coordination. The young hero attributes his victory to God’s grace and his philosophy of “just [getting] 1% better every day.” Chris’ victory was documented on the official Ironman Triathlon Instagram page, and he plans on setting — and achieving — even bigger goals for the coming year. See photos of Chris’s big win here. 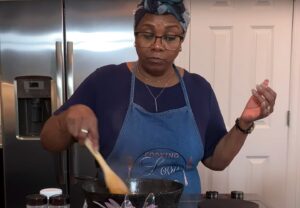 Lynette Hammond, a 62-year-old grandmother from Bossier City, Louisiana has always had a passion for cooking. She said when she was little she used to sneak down to the kitchen when she was supposed to be in bed and watch her mother cook. After watching others share cooking videos and recipes on Youtube, she thought she should give it a shot. In October, she posted her first “Lynn’s Kitchen” video, a tutorial for making Salisbury Steak, after her family said she had the personality and skills for YouTube. To Lynette’s surprise, people were actually tuning in, and her first video garnered 6,000 views. Since then, Lynette continues to post yummy Southern recipes always with her motto, #PrayCookRepeat. Read more. 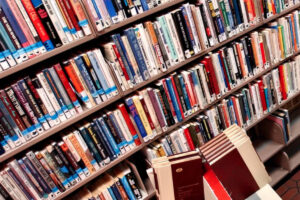 Everyone has a fear of getting an overdue fee for your library book. Well if you live in Chicago, you’re in luck. The Chicago Public Library found that by eliminating overdue book fees, not only did they see smiles from their patrons, but they also saw an increase in membership and books checked out. Commissioner Mary Ellen Messner believes that even though they lose that money, the impact is clear because Chicagoans can now get the resources they need without financial barriers or anxiety. In the five months after they abolished the late fees, they saw a 7% or 361,000 increase in books checked out. Read more.