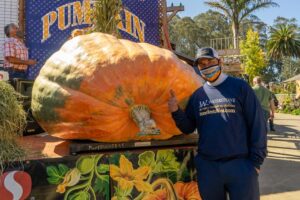 And the results for the World Championship Pumpkin Weigh-Off are in! Travis Gienger drove his gigantic pumpkin all the way from his home in Minnesota to the World Championship in California to capture first prize. Just how much did his pumpkin? A whopping 2,350 pounds! That’s one massive pumpkin. One might even call it a Great Pumpkin. See the rest of the results and photos of the pumpkins here. 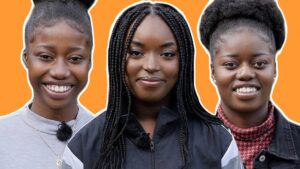 Three incredibly talented Nigerian students living in Ireland, Joy Njekwe, 17, Rachael Akano, 15, and Margaret Akano, 17, have created the Memory Haven app to aid those suffering from dementia. The teens were inspired by the story of their mentor Evelyn Nomayo, who began the Phase Innovative program to bring technology and business education to underrepresented minority students like them. Their project pays homage to Nomayo and her mother who suffered from dementia. The app won first place out of 1,500 entrants in the 2020 Technovation World Summit’s competition for girls pursuing the STEM field. Thanks to Memory Haven, dementia patients have quick access to health alerts, memory games, and much more. Read more. 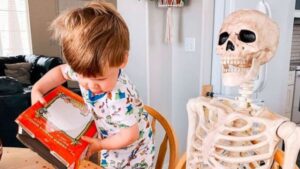 Many 2-year-olds carry around a stuffed animal or toy as their ultimate companion, but Theo Brady has a more unique buddy. When Theo and his mom Abby were in the basement looking for Halloween decorations, they spotted an almost life-size skeleton. Ever since, Theo has insisted that Benny (the skeleton, of course) comes with him everywhere. The two are inseparable, going grocery shopping and on car rides together, and Benny even sits in the rocking chair while Theo sleeps. For Halloween, the whole family is going to dress up in “Nightmare Before Christmas” costumes with Benny in a wagon tagging along to Trick-Or-Treat. Read more. 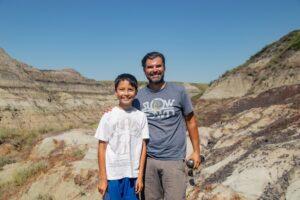 Though he’s only 12, Nathan Hrushkin has shown a passion for paleontology, and it’s a passion his father has nurtured. For years, the two have frequented a conservation locale in Horseshoe Canyon in Canada. Despite their roving in the hopes of spotting a relatively intact fossil, the most they have gotten for their efforts were some bone fragments. That is, until they stumbled upon a series of dinosaur bones in the canyon. They reported the finding to the specialists at the Royal Tyrrell Museum, and the institution subsequently sent a team to investigate. It was confirmed to be the skeleton of a young hadrosaur, or duck-billed dinosaur. Nathan, who has dreamt of being a paleontologist for half his life, was thrilled. Read more. 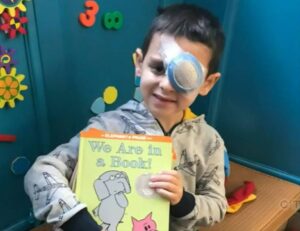 A young Toronto boy named Sam was born with a genetic disorder known as Retinitis pigmentosa, a degenerative condition that causes poor eyesight, especially at nighttime. After waiting several years for gene therapy to be approved in Canada to no avail, Sam’s family decided to give U.S. medicine a shot instead. In just one week following the therapy, Sam’s mother already started noticing improvements in his independence and confidence when performing daily tasks like getting dressed and putting on his shoes. In a heartwarming comment, Sam shared his excitement about finally being able to see stars and airplanes flying overhead at nighttime. See an adorable photo of Sam and read more here.