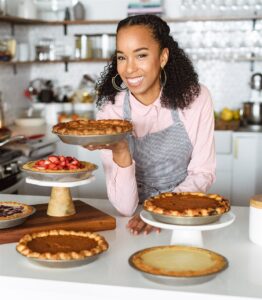 Justice of the Pies

In honor of her father’s commitment to his Chicago community, baker Maya-Camille Broussard opened her pie shop “Justice of the Pies” in 2014. But this is no ordinary pie shop. While you can find a wide range of delicious sweet and savory pies at her store, Broussard’s main focus is working for social justice through the culinary arts. Broussard began a workshop “I Knead Love” which has helped elementary school students from lower-income families learn about nutrition, cooking, and creativity in the kitchen. When the pandemic hit and she couldn’t host these workshops, Broussard took up another cause and baked over 3,000 meals for healthcare and frontline workers. In a time when seemingly everyone is spending more of their weekends baking, “I Knead Love” certainly takes the cake! Read more. 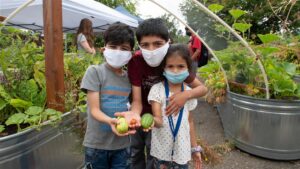 What was once an old empty parking lot has now become a garden of greatness. World Relief Seattle de-paved over 50,000 feet of asphalt to develop garden beds and create a community garden. What’s so special about this garden is that it is home to immigrants, refugees, and community members from over 23 different countries. Talk about a garden full of culture! Even amidst the pandemic, the garden is a place for members to grow their own food and feel like part of a community. The organization even offers a seasonal academy where kids can learn about the garden all summer long. Even if countries are in conflict, the garden is a place where members of every nation can come together and form friendships. Read more.

The Future of Playgrounds is Accessibility 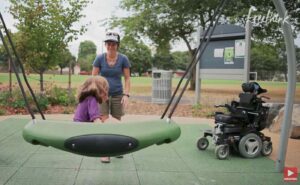 G Cody QJ Goldberg, father and founder of Harper’s Playgrounds, has revolutionized the future of accessible playgrounds. He was inspired to redesign the layout of traditional playgrounds after struggling to find one in Oregon that was accessible to his 4-year-old daughter in a wheelchair. So, he set out to design a playground for everyone — regardless of their disability or age. Eleven years later, he has since launched a nonprofit for constructing accessible playgrounds called Harper’s Playground. His first park is every kid’s (and, let’s be real, adult’s) dream. His efforts and story have inspired the construction of several other similarly designed playgrounds across the U.S. Watch the video of his interactive playground in Oregon here. 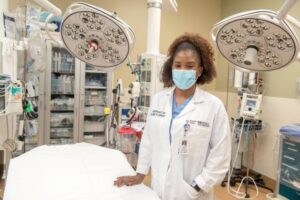 Working your way up from hospital janitor to a nurse practitioner specializing in trauma surgery is a tough goal to set your sights on. Nevertheless, that’s precisely the path Jaines Andrades chose to take. At just 19, she began working as a custodian at Baystate Medical Center in Springfield Massachusetts, making sure operating rooms were always kept clean. Four years after she began this position, she earned her degree in nursing. Andrades continued to work as a custodian at the hospital, however, since she did not immediately find a nursing position at Baystate. “I wanted to keep my foot in the door,” Andrades explained. In the meantime, she chose to further her education by pursuing a separate degree that would open doors to becoming a nurse practitioner. After gaining the second degree, she finally got a new position at Baystate as an NP, proving that all her hard work had paid off. Read more. 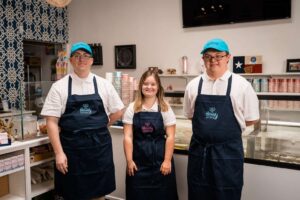 A local ice cream shop in Dallas, Texas prides itself on two things: an array of classic and original flavors, and its mission to give those with special needs a place in the workforce. Howdy Homemade has its origins in a meeting between its founder and now-employee Coleman Jones. Founder Tom Landis noticed Jones’s energy and friendly demeanor when he chipped in to help out at another restaurant operated by Landis. He subsequently called Jones’ mom with the news that he wanted to hire her son. Jones and his fellow employees now make a sweet atmosphere to accompany the sweet desserts they offer. Things were running smoothly for Howdy Homemade until the pandemic had the same distressing effects on the shop as it had on so many businesses. Following a temporary closing, the shop was shown extensive support from locals. But Landis and Jones were further surprised when CNBC’s host of “The Profit” bestowed a $50,000 grant to the shop. Read more.