A Pocket (or 22 Acres) Full of Sunshine 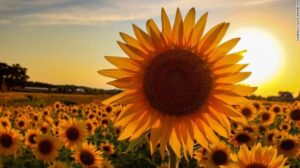 Who doesn’t love a good sunflower patch? Well, for the Thompson family from Wisconsin, that “patch” was 22 acres of sunflowers, equivalent to two million plants. Normally, the family operates a pick-your-own-pumpkin farm, but this year they decided the flowers would bring some sunshine and joy into people’s lives, especially during this hard time. For a great social distancing activity, the family decided that visitors could come and pick up to a dozen sunflowers. The father, Scott Thompson, said their goal was to bring a smile to people’s faces. One woman came all the way from Chicago just for a little bit of sunshine. Thompson says they will absolutely make this a regular activity for years to come. Read more.

On the West side of Chicago, high schoolers have taken the initiative to provide fresh garden produce to customers. In an inner-city area where such staples are hard to come by, community members are grateful for the work that’s been put into the business. It’s a welcome addition in place of the liquor store that had previously occupied the premises. “It’s only fruit and vegetables,” said one of the youthful workers about their produce. “No junk.” Watch the full story here. 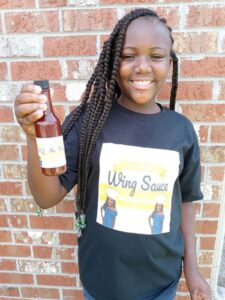 Lost in the Sauce

With quarantine allowing for lots of time in the kitchen, 12-year-old A’Jzala Johnson decided to experiment and make her own sauces. Because she loves cooking, she thought now was the time to try out some flavors of her favorite food — wings! Soon, her sauces, BabyJay’s Wing Sauce, became a hit! With her secret recipe in hand, A’Jzala began selling two flavors: BBQ & Tangy and Hot & Spicy. On her first day, using only Facebook and word of mouth, she sold 40 of her 5 oz bottles. Her sauce popularity has even stretched out of Louisiana to Chicago and Texas. As far as future aspirations go, A’Jzala says she hopes to start a food truck and open up her own business. Read more.

The Toothless Dog: Something to Smile About

Kismet, a toothless Chihuahua, has an important job at the Corte Madera Family Dentistry in the Bay Area of California. Each day, Dr. Cameron Garrett and his wife, Debra Garrett bring their dog Kismet to work. Everyone has a job at the Family Dentistry practice, and that includes the Garrett family pup. Dr. Garrett is a dentist, Debra Garrett is a dental hygienist, and Kismet is a dental therapy dog. Kismet puts in long hours of lap snuggles for patients who have anxiety during exams, cleanings, and even root canals. Read more.

A Lifetime of Love 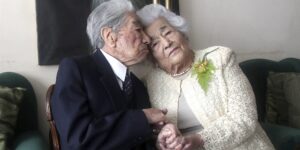 The Guinness World Record for world’s oldest married couple has officially been broken. The title is now held by Ecuadorian couple, Julio Mora, age 110, and Waldramina Quinteros, age 104. The best part about their story is the fact that they had to marry in secret, because at the time, their families had disapproved of the marriage. Now, here they are 79 years later and still together! Not only does the relationship’s longevity come with lots of love, it also comes with lots of kids! They currently have four children, 11 grandchildren, 21 great-grandchildren and one great-great grandchild. That’s a whole lotta love! Read more.