To Have, to Hold, and to Serve 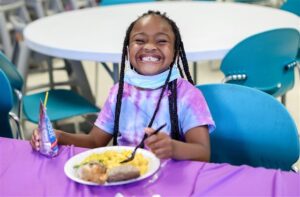 Like many couples who planned on getting married in 2020, Tyler and Melanie Tepajna realized that their summer wedding was going to look a little different than they had planned. While they were still able to have a small and intimate ceremony with close friends and family, they were left wondering what they should do with all of the food they had pre-ordered for their original reception. Instead of getting a full refund, they decided to donate the food to a worthy cause. Therefore, after their ceremony, they headed over to Laura’s Home, a Cleveland nonprofit that feeds and houses women and children experiencing homelessness. While still wearing their wedding attire, they served dinner to the current Laura’s Home residents. Read more.

Sister on the Move

This past Sunday, Sister Stephanie Baliga ran an entire marathon on a treadmill after the Chicago Marathon was cancelled. Sister Baliga is a former college athlete who annually runs the Chicago Marathon to raise money for a Chicago-based food pantry and shelter. Now, after live streaming her treadmill marathon, Sister Baliga raised more than $94,000 and completed the marathon in three hours and 33 minutes. What’s next for Sister Baliga? Well, she is now going to submit her run to Guinness World Records. Read more.

As students, teachers, and administrators head back to school this fall, many are feeling flooded with emotions. Excited to see friends and students. Excited to have a routine. Nervous about COVID and the unknown. Thankfully, Kid Superintendent is here to shepherd and cheer us all into the new school year. Similar to the famous Kid President, Kid Superintendent has a big smile and lots of kind words to share. Need a back-to-school cheerleader? Read more! 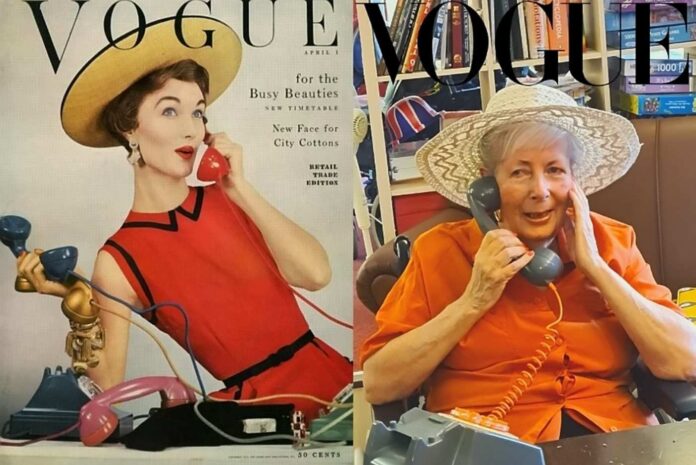 If you’re like us, and guilty of spending too much time on TikTok, then you’re well aware of the viral internet trend of recreating Vogue magazine covers. The trend has allowed people of various ages, ethnicities, abilities, and gender identities to see themselves on the cover of one of the world’s most famous magazines. Recently, elderly residents from an English care home got involved, and the results couldn’t be better! Turns out the seniors at Robinson House Care Home in Bristol, England make great Vogue models! Read more.

Blind Mother Sees Her Baby for the First Time

When Taylor Ellis was pregnant with her first two children, she cherished the ultrasound photos. However, when she went in for her 20-week scan for her third child, and found herself unable to see her baby, she was left in tears. Taylor could not see the ultrasounds because she was born with glaucoma and her vision had been progressively getting worse. So, at 26, she now has very limited vision. When doctors at Johns Hopkins Hospital in Baltimore found out she was upset, they decided to do a special ultrasound and made a 3D print of her unborn daughter’s face. A week later, Taylor and her husband Jeremy, who is also visually impaired, received the scan in the mail. They were able to feel the baby’s face through the 3D print. This small gesture of kindness from the doctors at Johns Hopkins Hospital made a world of difference to this expectant couple. Read more.