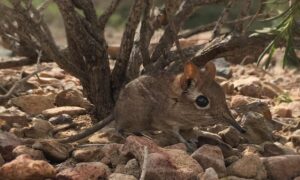 Take-Two for the Somali Shrew

The Somali sengi, a shrew that is genetically related to elephants, aardvarks, and manatees had not been seen since 1968. However, thanks to a team of wildlife scientists, the shrew was recently rediscovered in Djibouti! In order to lure in the ever-evasive shrews, the scientists set up traps that were baited with peanut butter, oatmeal, and yeast. Ironically, although more than 1,000 traps were set, the rodent turned up in the very first trap, and its identity was confirmed through DNA samples and unique anatomical markings. Thankfully, the Global Wildlife Conservation group will be taking action to protect this incredibly rare species. Read more. 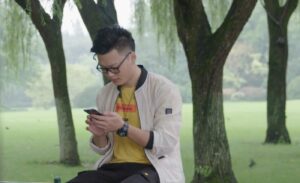 Gaming for a Cause

Some of the world’s largest mobile video game developers have come together to support the UN’s “Playing For the Planet” initiative. These world-famous developers have formed an alliance in hopes of raising awareness about renewable energy and the climate crisis. To do this, they have added special features such as specific levels of gameplay that feature regions of the world that are most affected by the climate crisis. Other developers have decided to include in-game storylines that allow users to experience a parallel story involving greenhouse gas emissions and the warming of the earth. Some developers have even agreed to run in-game fundraisers that would plant trees or support animal conservation projects. For users, this means contributing to beat the climate crisis in the game would earn the player special rewards and unlock features. Read more.

A Special Welcome Home for a Special Olympian

After spending 136 days in the hospital with COVID-19, Colby Douglas has finally returned home! The 21-year-old with Down Syndrome is also a Special Olympics gold medalist in swimming. Colby’s journey to recovery first began in April when he was hospitalized and intubated for pneumonia. It was then that he was first diagnosed with COVID-19. Thankfully, due to Colby’s special needs, the New Jersey hospital allowed Colby’s mother, Gayle, to remain at her son’s side throughout his hospital stay. And finally, after their long fight, Colby was welcomed back to his hometown by a parade of thousands who turned out to show their support. See pictures of the warm welcome and read more.

Three college students from Tucson, Arizona have partnered up to provide some innovative services to local students during this time of virtual learning. Angela Sun, Madeleine Zheng, and Mae Zhang, all former University High School students, have partnered up to provide tutoring to local students. They have named their group “Cov Tutors.” On the first day of school, they posted their services to Facebook, and five students signed up. By the second day, their numbers more than doubled and demand grew from there. Currently, they offer tutoring in a number of different subjects, and they even have a waitlist for their next round of tutorials. Read more. 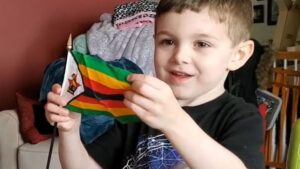 When You Give a 5-Year-Old a Flag…

Many of us have trouble remembering where we left our keys or wallet. For one young genius, we can be pretty sure that his memory will never be a problem. Five-year-old Devon Tornetta was recorded opening a new collection of flags of the world gifted to him by his parents, and was able to correctly name each and every country represented by the flags instantly. The youngster shocked the world with his encyclopedic geographic knowledge, rattling off names of countries like Tajikistan, Azerbaijan, and Georgia as soon as he took their corresponding flags out of the box. Watch this prodigy do what he does best.