They Can Feel It Coming in the Air … 40 Years Later 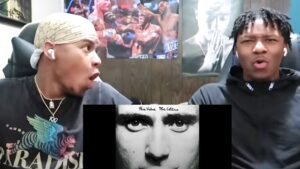 About 40 years ago, Phil Collins was on the Billboard charts for his popular hit “In the Air Tonight.” Now, two YouTube stars have lost their cool over one of the most famous drum solos ever heard. Tim and Fred Williams are 20-something year-old twins who host the YouTube channel TwinsthenewTrend. While “In the Air Tonight” was a huge hit in the early ‘80s, the Williams brothers are a little too young to have listened to this song when it was first released. Their “first-watch” video, released in 2020, is now becoming a viral hit due to their immediate love of the song upon first listen. Put on some early ’80s hits and then read more. 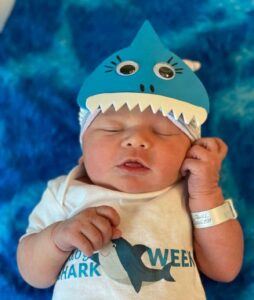 Love Shark Week? Get Ready to Love It Even More:

Love Shark Week? Get ready to love it even more! St. Luke’s North hospital in Kansas City, Missouri just took Shark Week to a whole new level. Each of the newborns that come into the world at the hospital this week got dressed up as tiny little sharks. These are definitely not the vicious creatures of “Jaws” infamy! Especially for parents who had to deal with a global pandemic throughout their pregnancy and delivery, this was just the levity they needed. Check out maximum-level cuteness and read more here.

Philadelphia is leading the charge in bringing internet access to students for remote learning. To ensure all Philly K-12 students have internet access, the city has partnered up with multiple organizations and charities. PHLConnectED will connect eligible households with two years of high-speed internet…without any out-of-pocket expenses! Then, through Comcast’s Internet Essentials program, the city will bring a high-speed mobile hotspot for families who are housing-insecure. The program will also ensure K-12 public school students have both the necessary devices and any needed tech support to aid in the switch to online learning.. Additionally, the Philadelphia school district gave over 128,000 devices to students. This is considered “the first stage of the city’s larger ‘digital equity’ initiative to support digital literacy and access for all Philadelphia residents.” Mayor Jim Kenney said it was a “transformational moment” that was brought on by the pandemic and will aid in closing the digital divide in Philadelphia. Read more. 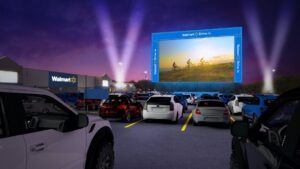 Drive-In is Back in!

Grab some popcorn, because we are going back to the 1950s! Walmart just announced that starting on August 14, it plans to launch drive-in movie theaters in 160 of its parking lots. On Wednesday, Walmart released a list of all the dates and locations where it will show films through October. The locations span across 26 states. On movie nights, the parking lots gates will open at 6 p.m. and showings will begin at 7:30 p.m. What’s even better? The showings are all free! All customers need to do is reserve tickets ahead of time online at TheWalmartDriveIn.com to gain entry. Get ready for some socially distant entertainment! Read more. 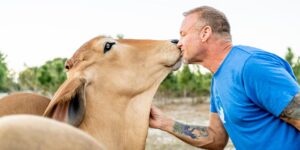 Fifty-eight-year-old animal lover Christopher Vane has given a new life to over 150 rescued farm animals at his Little Bear Sanctuary in Florida. Named in honor of his mother Ursula (which translates to “little bear” in Latin), the sanctuary started back in 2017 as a refuge for abused animals and upholds no-kill, no-cage practices so these lucky animals can live together in peace. Among the many furry, feathery, and scaly residents of the sanctuary are Shrek the goat, a 300-pound pig named Willy, and a tortoise named Keisha. See photos of these happy animals and read more about Christopher’s noble mission here.