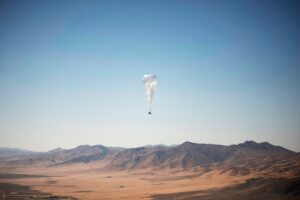 East Africa’s population is roughly 1.2 billion people; of that, a whopping 72% live without internet access. However, Google hopes to change that … with balloons. The Loon Project aims to close the internet gap by bringing 4G LTE internet connectivity through a fleet of giant balloons. The balloons will launch on their journey from locations in the United States and navigate to some of the most remote parts of Kenya using wind currents. Google will launch about 35 separate balloons into the stratosphere in order to service the areas of Iten, Eldoret, Baringo, Nakuru, Kakamega, Kisumu, Kisii, Bomet, Kericho, and Narok — a total of 19,300 square miles (50,000 square kilometers). The balloons are solar-powered, allowing Kenyans internet coverage from about 6:00 AM to 9:00 PM while reducing carbon emissions. Read more.

This Penguin Party Is Popping… Literally 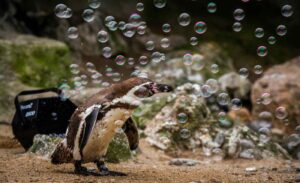 With the pandemic keeping visitors from Cornwall’s Newquay Zoo, these British zookeepers needed a new way to keep their favorite waddling friends entertained until business picks up again. Luckily, a bubble machine donated by one of the zoo’s regular patrons turned out to be the perfect fix for these penguins’ boredom. According to one zookeeper, popping the bubbles is not only fun for the penguins (and onlookers!) but it also keeps the birds’ natural predatory reflexes sharp. Watch the video here! 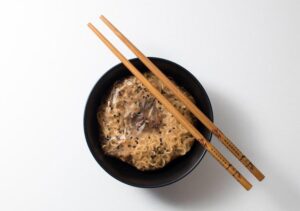 Let’s be honest. You’d be lying if you said you never had instant ramen at least once during your college years. While ramen is quite tasty, its plastic packaging can be quite harmful to the environment. Holly Grounds realized that while enjoying this quick and easy meal, she was wasting plastic that “can take 8 decades to decompose.” While in school, Grounds studied product design and came up with a dissolvable noodle package that even includes the spices! This way, there is no throwing out the packaging and spice packet. The film is made with potato starch and instantly dissolves in boiling water.  Thanks to Holly we can now enjoy our ramen, waste and guilt-free. Read more. 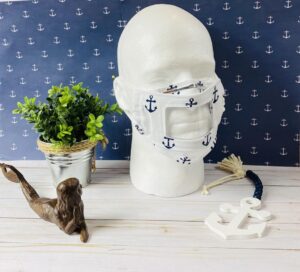 Right now, wearing a mask is important. However, after finding it difficult to communicate while wearing a mask, former doctor Brian Travers got creative. Brian noticed that for himself and the rest of the deaf or hard of hearing community, masks made it nearly impossible to communicate. To fix this, he introduced masks with a clear panel. Not only can people now read lips. but you can also see them smile. Just this spring, Brian learned to sew and now loves it. He’s completed a few hundred orders and still has a few hundred more.  For Travers, it’s not about the product, but rather its purpose. Thanks to Brian, we can be safe while still being able to smile. Read more.

Shaquille O’Neal is a familiar name, not only for his storied basketball career but also for his charitable acts. He’s well-known for using his fame to help others. Last week, Shaq made news again, when he stopped to help a woman who had just gotten into a car crash. He was traveling through Alachua County on I-75 in Florida when he witnessed a crash. He immediately pulled over and stopped to check on the welfare of the driver. Then, he stayed with her until Alachua County law enforcement arrived. The dashcam video of the accident shows Shaq fist-bumping the officers on the scene and staying with the owner of the car. The Alachua County Sheriff Facebook page originally posted the video which has since gone viral. Read more.