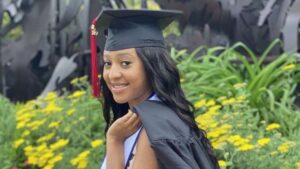 Words Matter: The Power of Speaking Out for Change

Kennedy Mitchum, who recently graduated from Drake University, found a unique and impactful way to work towards an end to racial injustice. In response to the wave of national protests in reaction to systematic inequality for both Black people as well as people of color, Mitchum reached out to Merriam-Webster and asked them to change their definition of racism. Mitchum wanted to ensure that the definition addressed systematic and institutional inequalities in addition to the pre-existing definition that addressed interpersonal conflict. While Mitchum did not expect to hear back from Merriam-Webster, she was pleasantly surprised to hear that in response to her request, they are updating their definition. While the exact release date for the new definition has not been shared, a new, more comprehensive definition is in the works. Read more.

Art Is Stronger Than Hate

One Kentucky tattoo parlor is out to make a positive influence in their community. The Gallery X Art Collective announced that they are offering free tattoo services for individuals who would like to cover preexisting racist or gang-related tattoos. In the first two days since The Gallery X Art Collective announced this initiative, they have already received messages from over 500 people who are interested in this opportunity. The shop posted on Facebook that “if you feel it’s time to change your hate, or have been reformed but been too broke to cover your mistake of a tattoo, come see me. You’ll get a classy tattoo for free that can start your path to being the person you were meant to be.” We bet that this fresh start will lead to some great art that we can all get behind. Read more. 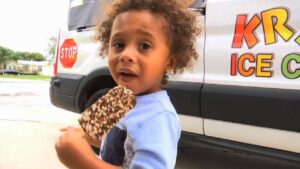 Florida Pastor Bill Losasso had a special birthday wish that came true, thanks to his daughter. For his 73rd birthday, Pastor Losasso’s wish was to spend his day just as he would when he was 17: driving an ice-cream truck. His daughter made this dream come true by renting out the truck he had wished for. Pastor Losasso was able to spend his birthday driving around his community and handing out sweet frozen treats on a hot Florida day. Over the course of the day, Pastor Losasso handed out hundreds of free ice-cream treats for kids and adults of all ages. Read more.

A Heartfelt Tribute to True Love on Loving Day

Fifty-three years after Richard and Mildred Loving won their landmark case of Loving v. Virginia; Stephen “tWitch” Boss celebrated “Loving Day” by sharing a photo from his wedding to Allison Holker. With Loving v. Virginia, interracial marriage finally became legal in the state of Virginia. While Richard and Mildred Loving were married in 1958, it took nearly 10 years for the state to legally recognize their union. Now, 53 years later, Boss & Holker can share their love, their marriage, their family, and (maybe most importantly) their incredible dancing with the world. While many interracial couples still face many challenges, they also have Richard and Mildred Loving to thank for paving the way for them. Celebrate love, and read more. 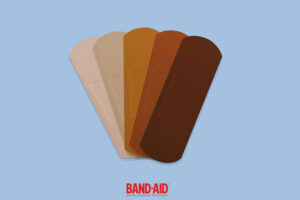 Banding Together Behind Band-Aids

In 2014, after adopting an African-American son, Toby Meisenheimer was moved to create Tru-Color Bandages, a company that manufactures a line of multicolored bandages suited to match a wide variety of skin tones. Now, the well-known Band-Aid brand has finally decided to follow in the footsteps of smaller companies like Meisenheimer’s, and has committed to producing bandages in more shades than their traditional “soft pink.” Additionally, Band-Aid has pledged to donate to the Black Lives Matter movement and assured its colleagues, and patrons of color, of its unwavering support in the fight for racial justice. Read more.