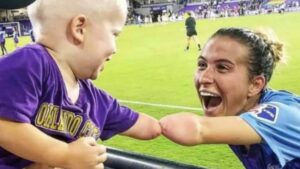 Carson Pickett, a soccer player for the Orlando Pride, is gaining fans for more than just her soccer skills. Pickett recently gained a new fan when Joseph Todd, 2, saw himself in Pickett after attending a game where he met her. Both Pickett and Todd were born without their left forearm. Growing up, Pickett felt as though she never got to see people who looked like her, so she doesn’t want Todd to have that same experience. Although Todd is too young to vocalize how he feels seeing Pickett, the photo of their meeting and bumping elbows says it all. Todd’s parents want him to grow up to be just as unstoppable as Picket. Read more.

A Town In Vermont’s Newest Mayor Is A Dog

As election year happens once again, one town found themselves choosing between the top dogs of their town. In Fair Haven Vermont, electing a mayor is very stress free. Instead of having to read through policies and opinions, the residents get to look at cuteness factor. On the ballot this year, 18 animals competed for a shot at the Mayor’s office. However, one King Charles Spaniel took the town by storm. Winning by 25 votes, service dog Murfee plans to receive many pets from his fellow Fair Haven citizens. Not only does Murfee relieve political tensions, but he also encourages young people to vote. Out of the 600 people that voted in Murfee’s election, 300 were elementary students. Paws and politics are two words that  everyone needs to hear more. Read more. 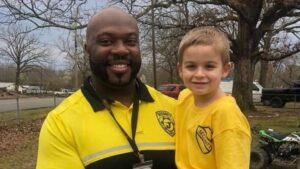 When Bobby G. Lester Elementary School in Jacksonville, Arkansas decided to have a “Dress As Your Favorite Person Day,” they expected most of the students to come dressed as their friends, teachers, or celebrities. Little did they know that 5-year-old Easton Blocker had a different idea in mind. Ever since Officer Jeffery Cross started at Lester Elementary in August, Blocker has admired him. So, when it came time to dress as his favorite person, it was no shock to Blocker’s mom that he wanted to dress as Officer Cross. Blocker’s mom created Blocker his own miniature security guard shirt and together they surprised Officer Cross when they arrived at school that morning. The results were absolutely precious. Read more.

According to a survey of 2,000 people conducted by One Poll, uplifting fellow women is a top priority for 70% their female participants. That’s what we like to hear! Of those respondents a majority of the participants answered that finding your passion in life was the biggest factor for feeling empowered. Feeling confident in yourself was also a top response. Respondents were also asked to share where they receive their empowerment from, and 60% said their mother was their top inspiration. Read more.

From Rosie the Riveter to Betty Reid Soskin 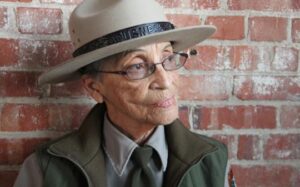 At 98, the oldest national park ranger is far from slowing down. Betty Reid Soskin is a ranger at the Rosie the Riveter Museum in Richmond, California. She started working there thirteen years ago, and even after a stroke a few months ago, Soskin is still hard at work. She comes from a long history of centenarians with a mother and grandmother who were both very active even after reaching 100 years old! Soskin says that she wants to keep working because there is still more left to accomplish that she has not yet achieved. Read more.