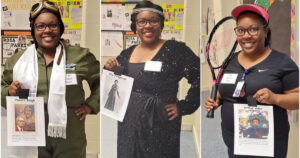 Latoya McGriff decided to take Black History Month to the next level this year! As a first-grade teacher in Virginia, McGriff wanted to make African-American history come alive for her students. Therefore, for each day of Black History Month, McGriff dressed up as a different African-American historical figure. It is important to McGriff that she provides representations of iconic black history to her students. McGriff has dressed up as Ella Fitzgerald, Henrietta Lacks, and Mary Jackson, just to name a few. Read more.

The producers of “The Bachelor” are currently casting for what is about to become your new favorite show. They are currently looking for single men and women, over the age of 65, for a new Bachelor-style dating show. One producer quoted that they are looking for “your Grumpiest Old Men” and “Goldenest Girls.” What could possibly be better than the drama and fanfare of “The Bachelor” meeting the wisdom and endearment of grandma? Read more. 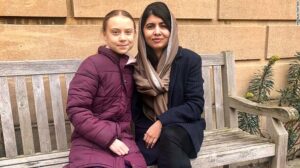 Malala Yousafzai and Greta Thunberg are two young women who have been powerhouses of change since their early teens. Malala, now 22, has a long history of advocating for educational equality for young girls, while Greta, 17, works to advocate for climate change. Therefore, their mutual admiration for each other should come as no surprise. And although they have admired each other from afar, this week the two women finally met in person! Thunberg was in the UK for a school strike whereYousafzai is a senior at the University of Oxford. Yousafzai responded perfectly to their meeting when she tweeted that Thunberg is “the only friend I’d skip school for…” Read more.

Dave Ayres, a 42- year-old Zamboni driver for the Toronto Maple Leafs, was tapped in to play for the Carolina Hurricanes, fulfilling his longtime dream. The Hurricanes needed an emergency fill-in goalie while playing against Toronto after both of theirs were injured. Ayres once thought he would never be able play hockey competitively again since undergoing a kidney transplant 15 years ago. However, his performance helped lead the Hurricanes to victory!  The Hurricanes are now selling an official Ayres jersey, with a portion of the proceeds being donated to a kidney transplant charity of Ayres’ choice. On top of that, according to the NHL, Ayres’s weekend performance makes him the second-oldest hockey player to make their professional debut in the NHL. Read more. 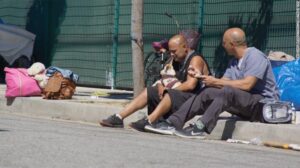 A California veterinarian, Dr. Kwane Stewart, has been helping homeless pets and their owners. Dr. Stewart has been a veterinarian for over 20 years, but for the past few years, he took his skills to the soup kitchens. Over the years he’s helped more than 400 homeless pets and hopes his actions can help bring attention to plight of the homeless. He hopes that his work will inspire other veterinarians to volunteer their time and skills to help those in need. Because of his selflessness Stewart was officially named the GoFundMe Hero of February. Read more.