Happy Valentine’s Day! Sometimes the news can be, well, not so inspiring. When headlines get you down, it’s important to remember that positive things are still happening all around us. Here are five hopeful and encouraging stories to pay attention to this week: 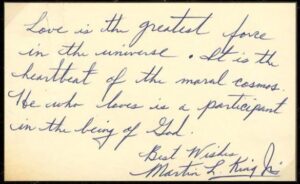 Handwritten notes from Rev. Dr. Martin Luther King Jr. are incredibly rare, but this recently rediscovered note is perfect for the holiday celebrating love. The note is believed to be a response to someone who asked King for the meaning of love. King responded with the incredibly wise statement: “Love is the greatest force in the universe. It is the heartbeat of the moral cosmos. He who loves is a participant in the being of God.” Read more.

Climbing for a Cause

A group of Connecticut police officers are training to climb Mt. Kilimanjaro with the intention of raising money for Special Olympics Connecticut. This will be no easy feat. They will climb for four days to reach a peak of 19,341 feet above sea level. But these police officers know they can conquer their goal, especially when they remember that they are climbing to support Special Olympics Connecticut. “A lot of the athletes that are involved, they climb mountains themselves (in life),” said one of the officers. “So if we can climb an actual mountain in their name, I think that makes a big statement.” Read more. 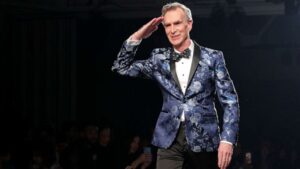 Bill Nye recently gave fans another reason to love him. In addition to being the voice that taught you science as an elementary schooler, you can now add male model to Bill Nye’s impressive repertoire. At The Blue Jacket Fashion Show on February 5th, Bill Nye danced his way down the catwalk to “Juice” by Lizzo. The crowd loved it. In a video taken from the audience, you can hear the crowd cheering “Let’s go Bill!” The best part? He was busting a move for a charity that raises awareness for men’s health and prostate cancer treatment. Read more.

Alex Morgan Pursues Her Dreams of Motherhood And Olympic Gold

Alex Morgan is already known as a powerhouse on the field. As one of the best known members of the US Women’s National Soccer Team and a 2019 World Cup winner, she has proven that she is at the top of her game. And soon, she will also be a mother. Morgan and her husband announced in October that they were expecting a baby girl due in April 2020. Morgan is not allowing her dreams of motherhood to preclude her dreams of participating at the 2020 Olympics. In a video posted to Twitter on February 5th, Morgan was captured arriving to practice for the USWNT with her seven month pregnant stomach showing underneath her training gear. Morgan is not the first woman to compete at a high level while pregnant. Serena Williams, Ingrid Kristiansen, and Joy Fawcett all continued their professional careers as athletes after becoming mothers. Read more. 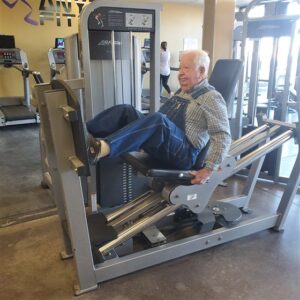 Lloyd Black, 91, visits his local gym three times a week. He first was inspired to go to the gym, when he found it hard to complete tasks around the house. As Lloyd continued to show up at the gym, the other members began to notice his unique outfit and work ethic. When asked why he wears overalls to the gym, he explained how comfortable they are, and how he doesn’t have to worry about keeping his pants up. As he continues to attend the gym, he not only makes more friends, but also continues to inspire the people around him. If Lloyd can do it, you can too! Read more.