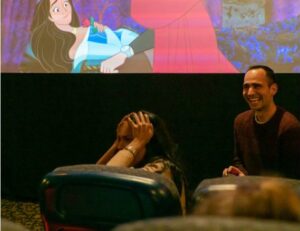 Three years ago, Indy, an Alaskan Husky, lost vision in both his eyes but he hasn’t let that slow him down. Around that time, his owner, Frank Moe, began training Indy alongside other dogs on his sled dog team. Although it took some adjusting, after running a few recreational races, Indy became comfortable running blind. Earlier this month, Indy completed the 100-mile Gunflint Mail Run in Cook County, Minnesota. Now that Indy is back and strong, the next race on his agenda is the 300 mile John Beargrease Sled Dog Marathon! Read more. 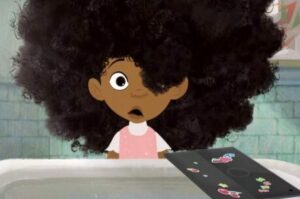 Recently, the Academy of Motion Picture Arts and Sciences released their nominations for the 92nd Annual Oscars. Amid controversy surrounding #OscarsSoWhite and another year where zero women were nominated for directing, there is a small-yet-mighty glimmer of hope for celebrating diversity. “Hair Love,” which tells the story of a father who must learn to do his daughter’s hair for the first time, was nominated for Best Animated Short Film. “Hair Love” is an animated short film written, produced, and directed by Mathew A. Cherry. In an interview with Refinery29, Cherry said “Even though the film features an African-American daughter and her dad, I think it’s a universal story…Parents everywhere can relate to it in the same way. Kids of all ethnicities can see the humanity in this film. To me, it’s an important story because representation matters.” Read more.

New Jersey icon, Jon Bon Jovi, is giving back to his state in a big way. Bon Jovi launched two restaurants in his home state called JBJ Soul Kitchen. However, JBJ Soul Kitchen is not your typical restaurant: It is a nonprofit community restaurant that feeds both paying and in-need diners, with the mission to create JBL Soul Kitchen as “a place where individuals or families can come to eat a delicious farm-to-table meal in a warm, welcoming setting and meet our neighbors.” The menu consists of a 3-course meal featuring ingredients from their on-site garden or the JBJ Soul Kitchen Farm, but one thing you won’t find on the menu is prices. Instead, the restaurant encourages paying customers to pay a suggested price of $20, and non-paying customers have the option to volunteer at the restaurant. JBJ Soul Kitchen is a place where you can get a delicious meal and support the New Jersey community, which is a combination that’s sure to feed both your stomach and your soul. Read more.

Kristofer Madu and Sindhu Banerjee, students at Johns Hopkins University, have developed a program that will help generate equal access to the arts. Their project, named First Fridays Group, uses technology to provide access to arts training and performance opportunities for other college students in Baltimore. Some art forms, such as videography, photography and DJing require expensive equipment, making them inaccessible to many young artists. However, through First Fridays Group, college students will gain access to one-on-one training sessions followed immediately by performance opportunities attended by their peers. According to Banerjee, “It’s a really transformative experience in which we give them self-confidence, we teach them a new skill, and we imbue them with the talent that they can now use for paid opportunities.” Read more.