Pharmacist Continues to Serve His Community During Australia’s Bushfires 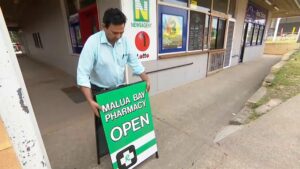 In the face of the bushfires that are devastating Australia, pharmacist Raj Gupta refuses to abandon his community. On New Year’s Eve, Gupta and many other residents of Malua Bay in New South Wales watched as their homes went up in flames. The town remains without power, but Gupta, who is residing in emergency housing in another town, continues to keep his pharmacy open. Many of his customers lost everything, including their medication, in the fires, so Gupta has been handing out medication without charge. The lack of payment doesn’t bother him, though. “I know the word love is used quite loosely, but you feel the love here as a pharmacist, as a healthcare professional,” he says. “Working in this community is very rewarding.” Read more. 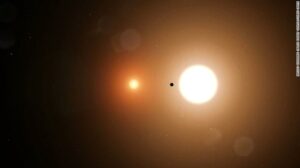 After launching TESS, a mission to find Earth-sized planets orbiting stars, NASA has made two awesome discoveries: a planet called TOI-700 d that could possibly sustain life and a planet named TOI 133 b that orbits two suns (think of the planet Tatooine from “Star Wars!”). What makes the discovery of TOI 1338 b even cooler is that a high school student found it. Wolf Cukier, a student at Scarsdale High School, and a summer intern at NASA’s Goddard Space Flight Center, was looking through TESS’ star data when he noticed a signal from the system known as TOI 1338. He thought he’d identified a stellar eclipse, but after noticing that the timing wasn’t right, he realized that he discovered a planet. Read more. 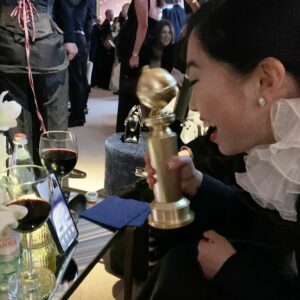 Awkwafina made history at this year’s Golden Globes when she became the first Asian American to win the award for Best Actress in a Motion Picture — Musical or Comedy for her role in the film “The Farewell.” She was up against some big-name stars, and could hardly believe it when her name was called. Awkwafina’s especially proud of the fact that she was able to win the award on behalf of “The Farewell,” which tells the story of a Chinese-American woman and her family who travel to China to say goodbye to their dying grandmother. Awkwafina proved that, like the film, she values family — she dedicated her award to her father and then FaceTimed him at an afterparty to show off her Golden Globe. Read more.

A bride-to-be was left without a wedding dress on her big day, that is, until she found a very groovy alternative. When her plans for a beach wedding didn’t work out, Erica Anderson decided to move her wedding date up and marry her high school sweetheart in her backyard instead. But there was one problem: The change of plans meant her wedding dress wouldn’t arrive on time. Anderson wasn’t even thinking of wearing her mother’s dress from 1971 when she asked her mother if she could look at it, but as soon as she saw it, she knew she had to wear it. Both mother and daughter say that it means so much to them that they were able to share this experience. Read more. 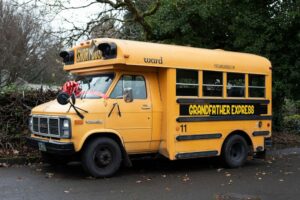