Acts of Kindness Are the New Curriculum in This Classroom 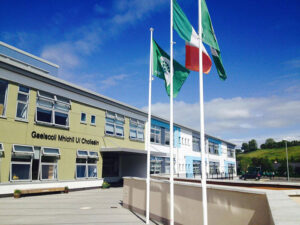 Instead of doing homework in the month of December, students at Gaelscoil Mhíchíl Uí Choileáin will be performing acts of kindness for their friends, family, and community for the third year in a row. And whenever they do, they’ll write down these acts in a “kindness diary.” The school has even made a kindness bucket, where the kids can write kind notes about one another. The month culminates in the development of a class-wide project to help the community. “There is no better way to show them the way forward in the world than by practicing kindness,” Principal Íde Ní Mhuirí says. Read more. 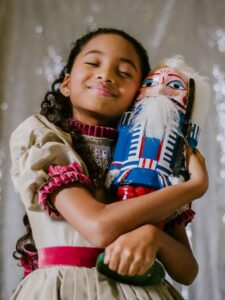 The Nutcracker is Extra Magical This Year

Charlotte Nebres, an 11-year-old student at the School of American Ballet, is making history as the first black lead in the New York City Ballet’s holiday production of “The Nutcracker.” She will be playing Marie, the heroine thrust into a magical world, in the long-running classic. Nebres is part of a particularly diverse production. Tanner Quirk (Marie’s Prince) is half Chinese, Sophia Thomopoulos (the second casting of Marie) is half Korean and half Greek, and Kai Misra-Stone (Sophia’s Prince) is half South Asian. The cast is very excited to be able to represent both their ballet school and their cultures. Nebres looks forward to being a role model for other kids, “There might be a little boy or girl in the audience seeing that and saying, ‘Hey, I can do that too,’” she says. Read more.

A Passion That Gives: An 8-Year-Old Boy Committed to Helping Veterans

Eight-year-old Tyler Stallings had always been surrounded by veterans. His dad, grandfather, and uncle have all served! So when his mom told Tyler that some veterans struggle with homelessness, Tyler became determined to help. He started his own organization to give back to those who have already given so much. Tyler has created hygiene kits and what he calls “Hero Boxes,” packages containing toiletries, clothing, and blankets to stay warm. At only 8 years old, Tyler’s love for helping others gives us all faith in our future generations. Read more.

The Key to a Long Life Includes Exercise … And Champagne 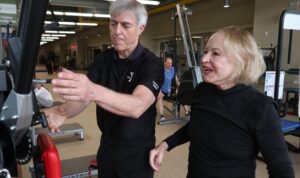 Ruth Kundsin is not your average gym goer, and she may not look as young as you think. She’s actually 103 years old. Every Friday, Kundsin goes to the gym to work with her trainer, an activity she looks forward to every week. “If you don’t have anything to look forward to, life is bleak and dull. But it seems like I always have something to look forward to and if there isn’t anything, I make it, like I throw a party.” She says many things keep her healthy and happy, including having a positive attitude making healthier choices, and having a glass of wine (or her preference, champagne) every day. Read more.

This Rare Unicorn Sighting Will Bring a Smile to Your Face 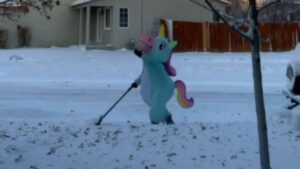 When Jennifer Button’s 25-year-old daughter dared her to shovel her driveway dressed as a unicorn, she couldn’t resist. She promised that the next time it snowed in their hometown of Reno, Nevada, she would put the costume on before she went outside. And that’s exactly what she did! The outfit arrived just in time for the snow, so she put it on, set up the camera, and got to work, running back and forth in the driveway shoveling snow. Her family loved the video so much that they posted it on Facebook, and turns out, everyone else did, too. Read more.