Two Young Boys Reprise the Role of Tiny Tim on Broadway, in a Very Special Way 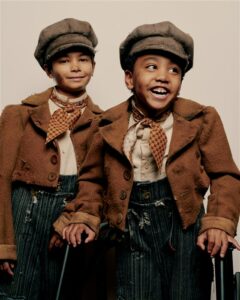 Young boys Jai Srinivasan, 8, and Sebastian Ortiz, 7, are not only sharing a role iconic role of Tiny Tim on Broadway in “A Christmas Carol,” they are both chasing their dreams. That’s not all they have in common: the two boys both have cerebral palsy. Jai and Sebastian are really enjoying their experience on Broadway, and Jai’s family is even commuting in from Virginia to New York so that he can have this opportunity to do what makes him happy. Take a bow, boys! Read more.

A Tale of Two Tails: How One Pup Took the Internet by Storm

When pup Narwhal became available for adoption, it was no surprise that the internet took notice. Narwhal is a dachshund mix who has a second tail growing between his eyes. The Cape Small Animal Clinic in Cape Girardeau Missouri has inspected this little guy and his special addition to make sure his health is not at risk. Veterinarian Dr. Heuring reported that Narwhal’s second tail is not affecting his health, although, sadly, it does not wag. And while you may think he’s just a cute puppy with an extra tail, Narwhal might have a special mission ahead of him. Dr. Heuring thinks he’s destined to visit hospitals and schools, to show kids that being different is okay! Read more. 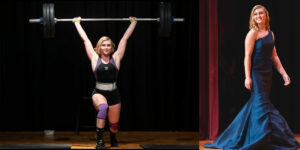 In a Hanover, Pennsylvania beauty pageant, Mackenzie Christie showed off a talent that was quite different than her peers’. While many of the contestants danced and sang, Mackenzie chose to demonstrate Olympic Weightlifting. She knew when she signed up for the pageant that weightlifting was going to be her talent, and wanted to introduce the Olympic sport to give the audience something they didn’t expect to see, given the pageant is normally heavily focused on the performing arts. When she did, Mackenzie couldn’t believe the overwhelming amount of support she received, both at the event and online, which helped her recognize how important her performance was as a female weightlifter in a mostly male-lead sport. While this was Mackenzie’s first pageant, she’s no stranger to the world of fitness events, including the Crossfit Games in 2018 and Youth Nationals in 2019. Read more.

Showing “Opry-Ciation”: Nashville Theater Program Was at Risk of Closing Its Doors, Until the Community Stepped In 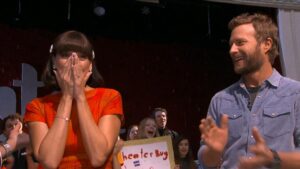 Cori Laemmel, founder of The Theater Bug, a nonprofit arts education program in Nashville, is passionate about theater. Her wish to introduce young children to the theater is what initially spurred her to start the program. The Theater Bug serves more than 350 kids every year, and Laemmel even writes her own plays and musicals for the kids to perform. The community almost lost The Theater Bug recently when the program couldn’t afford to keep their space. Fortunately, the Laemmel’s amazing community rallied together to bring attention to the issue, and she received a donation of $20,000 from country singer Dierks Bentley, whose children are attendees of the program. The program can now continue to be a great way to provide educational resources for kids. Read more.

USPS Operation Santa Goes Digital… and National! How You Can Help Kids In Need 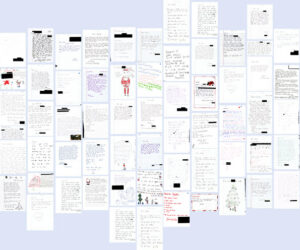 As the Christmas season approaches, the U.S. Postal service is preparing for thousands of letters to Santa addressed to the North Pole. While many children write letters, most of them don’t get a response from Santa, let alone a gift. This year, it’s easier than ever to be Santa for an underprivileged kid. The USPS has set up a website for its Operation Santa program. Letters from kids whose parents cannot afford Christmas gifts will be published and up for “adoption.” Once you choose a letter, all you have to do is purchase a gift and bring it to the post office, who will send it to the child’s house! Not only will you restore some faith in Santa, but also you’ll be spreading some Christmas cheer. Read more.