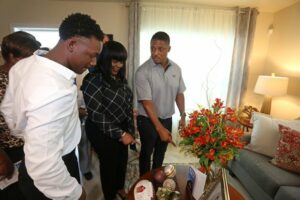 Nursing assistant LaToya Reedy always wanted to be a homeowner, but it never seemed possible for her. She worked hard to support herself and her son, but (as well all know!) the rent prices were unpredictable and expensive. They were eventually forced to move into a crowded space with her mother. Five family members occupied one room, rotated sleeping on the bed, and shared one bathroom for two years. But thanks to Habitat for Humanity and former Buccaneer Warrick Dunn’s nonprofit organization, Reedy is finally a homeowner! The organizations gifted her a two-bedroom, two-bathroom home to live in with her son. Before she moved in, Reedy was helping other families achieve their own homeowner dreams by volunteering with Habitat for Humanity and constructing other homes. Read more.

When one student at Gillett Elementary School couldn’t find their lost tooth, principal Curt Angeli had her back. Angelio wrote a letter to the Tooth Fairy to confirm that the student did in fact lose a tooth, stating in an official manner: “As a trained principal and hobby dentist, I can verify that there is definitely a gap in [the student’s] teeth that was not there this morning when he came in.” He even ended the note by saying he is still waiting for the money for his wisdom teeth that he lost in 1987! Read more. 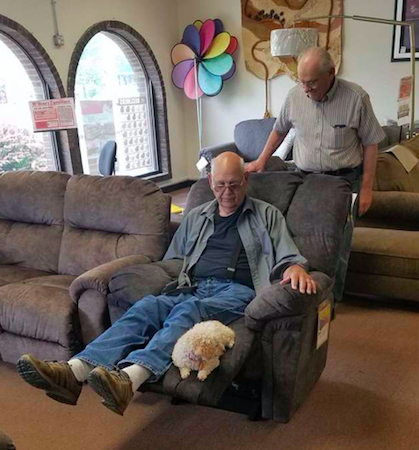 When it was time for Aleecia Dahl’s grandpa to get a new recliner, his dog Coco had to come with. The two of them enjoy sitting together in their favorite chair, especially while watching TV. However, when Dahl’s grandpa had to move, that meant he had to get new furniture as well. This outing couldn’t happen without Coco; he had to make sure she liked what he picked! As the pair shopped for a new chair to share, Coco sat in each one with her owner, assuring him that she would like it too. Read more.

When Chief Hadley and Captain Lloyd arrived on the scene of a car accident, they were definitely not expecting to get manicures. However, as the approached the vehicle, they noticed an uninjured yet very scared little girl.The firefighters saw her little hands gripping two bottles of nail polish. They began talking to the girl about the polish, and before they knew it, they were getting their nails done. With the little girl calm and happy, the manicures fixed a lot more than some plain nails. Read more. 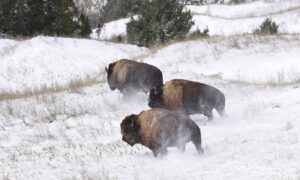 We repeat: Bison are roaming the Badlands for the first time in 150 years! This great, North American mammal population plummeted to just 325 in the year 1884, and after years of effort to save bison from endangerment, the number of bison in the US has risen to 500,000. Efforts to build a bison sanctuary began in 2014, and the World Wildlife Fund raised the necessary $750,000 for the project. This week, four healthy adult bison have been released at a new sanctuary in Badlands National Park. Welcome home, bison. Read more.