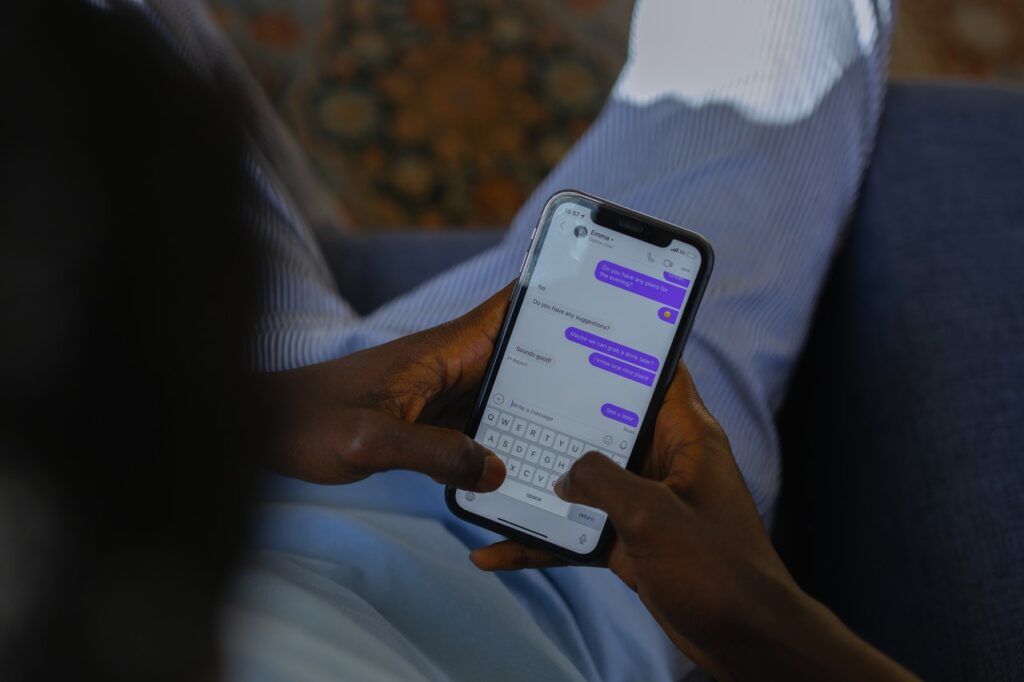 A few years ago, I finally downloaded Tinder. I had just gotten out of a years-long relationship and wanted to explore the online dating scene. I’d made online friends in the past, but never tried online dating, and the idea excited me.

Little did I know that online dating would become a central part of my life for the next few years. While it has its ups and downs, it helped me grow as a person more than I would’ve imagined.

Here are some ways online dating has improved my life:

Once I began reflecting on the end of my three-year relationship, I realized just how much of it suffered from miscommunication. Both of us hid many feelings from each other, and there was a lot of unspoken anger, distrust, guilt, and sadness.

I decided that lousy communication would be a thing of the past. I needed to be open, honest, and straightforward instead of bottling up emotions.

For example, I dated a girl who was a very infrequent texter. I used to diligently text her good morning every day and eagerly wait for her replies. Usually, I’d get one or two texts back from her each day, and her replies were very minimal. I felt like I was putting a lot of effort into the conversations and receiving nothing back.

The old me would have let my paranoia run wild. But the new me decided to ask her directly.

“Out of curiosity, how much emphasis do you place on texting?” I asked. “I notice that you don’t text often, and your replies are often very short.”

“None at all,” she said. “I’m usually pretty busy, and I don’t always have my phone on me.”

With that, the matter was settled. All it took was a simple and honest conversation.

I’ve taken better care of myself

There’s a common joke about how to succeed on dating sites. It goes like this: Step 1: Be attractive. Step 2: Don’t be unattractive.

Fortunately, there’s one thing everyone finds attractive: confidence. It was something I lacked in myself for years. Putting myself on dating apps didn’t do me any favors, either.

So I decided it was time to do something about it. I couldn’t rely on validation from others to make myself feel confident.

I wanted to invest in my physical health, so I got a gym membership. I hadn’t exercised since college, but I remember how good it made me feel. The changes were slight, but had a profound impact on my self-image.

I remember going on a lackluster date. I met her on a Sunday in a San Francisco restaurant. The commute took me about 45 minutes and cost about $7 for Bart tickets both ways. We had pizza and drinks, which cost about $40. After that, we went our separate ways and didn’t talk to each other again. The date itself was fine, but there was no real spark or chemistry.

As someone who was working a low-paying receptionist job at the time, I felt like I’d wasted a good amount of money. I realized that regularly dating people was quickly becoming an expensive hobby.

So, I set some ground rules. First, I planned more inexpensive dates. Many of them consisted of walking and talking, going on hikes, or meeting at a bar with cheap drinks. I needed to find activities that allowed me to talk and get to know a person – while also not breaking the bank.

As relationships grew, so did discussions of spending. Many women I dated were on a budget, much like myself. It was easy to simply say “We should go here” or “We should eat this” and then wonder where the money went the next day. Later, we started planning our dates in advance. My dates and I determine together if something is in our price range or if there are any alternatives. Often, this means that we just end up doing something inexpensive or free (like hiking or watching movies), but it’s something that neither of us will feel guilty about. Plus, studies show that thriftiness is attractive.

This line of thinking helped improve my everyday spending habits as well. Before I buy anything, I first pause to consider how much value I get out of it.

Is it worth it to buy a $15 lunch when I can just make the same thing at home? Why pay $20 to see a movie that will be available on Netflix in a few months?

These small habits have helped me save a lot of money over the years. It’s helped me cut down on impulsive spending and maximize my savings. I don’t need to spend exorbitant amounts of money to have fun when there’s so much available to me for free!

I started going to therapy

I went to therapy when dealing with a rough breakup. My relationship with my girlfriend ended abruptly after a year and I felt devastated. I’d never tried therapy before, but figured I needed to do something to rescue myself from the pits of emotional despair.

At the time, I felt like I had nobody to talk to. My ex was the one who I’d confide in about my insecurities. Without her, who did I have left?

I avoided therapy for years since I felt like it was something I never needed. I had a lot of doubts, anxieties, and discomforts that ebbed and flowed and never truly went away. It was time to deal with them once and for all.

Teladoc waived its fees, meaning that it’s completely free, which is especially helpful for those of us struggling financially during COVID.

My therapist helped bring order into my everyday life. We slowly worked on problems I was facing during quarantine. For example, I mentioned that I was getting bored frequently. Video games and television no longer felt entertaining, and I had absolutely nothing to do after work. My therapist suggested I start a gratitude journal to find things to be thankful for every day.

Practicing gratitude has a host of beneficial effects and can improve both your mental and physical health. Plus, I kept finding things to be grateful for that I would’ve never considered otherwise — daily walks, favorite bands, stand-up comedians, the gym, and whatnot. When you really break it down, there are so many little things in life that are easy to take for granted.

Therapy also helped me see my thoughts in a new way. For example, I’ve always been insecure about my income. As someone who’s only ever done administrative and writing work, it’s hard not to feel humbled when living in San Francisco which is full of programmers and scientists.

“You don’t make much now, but it’s something you’re working on improving,” my therapist said. “Everyone has things they’re improving on, but they don’t usually show their weak sides. Money is your area of improvement. For other people it might be their health, relationships, emotions, or something else. The important thing to know is that you’re actively working to change your situation.”

Dating has its ups and downs, but it helped me rekindle a relationship with the most important person in my life: myself. I don’t know what my future will bring in terms of dating, but I know that every new experience is a chance to learn and grow.