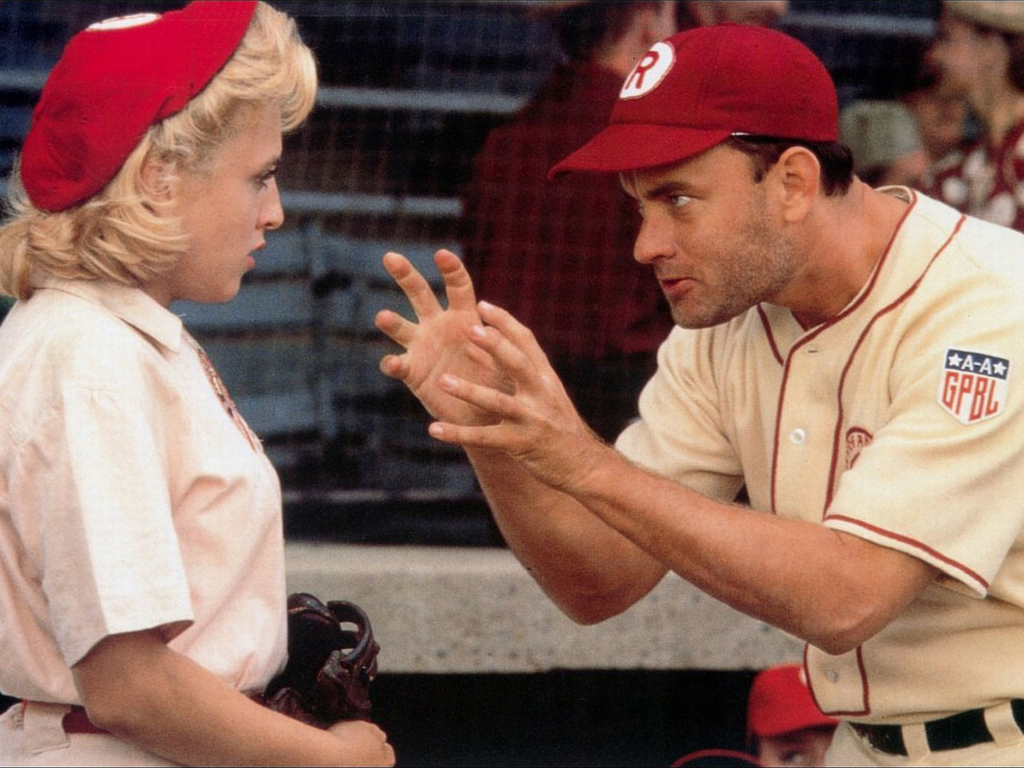 When I was in high school, my dad brought my brother and me to a Mets game. It was the last season in the old team home, and the air was thick with nostalgia and sentiment. The game began — and I was immediately bored. Luckily, I had brought a book. So there I was, sitting in the bleachers, reading “Anna Karenina.”

I’ve never been interested in watching sports, but I can’t deny that I love a good sports movie. Somehow, a game becomes much more interesting to me given the full context of the players’ lives and interpersonal conflicts. Here are my picks for the best of the sports movie genre, which even the uninitiated like myself can enjoy:

This movie is based on the true story of Herman Boone (played by Denzel Washington), who coached the first integrated football team in Alexandria, Virginia and led them to a championship victory in the midst of a culture plagued by racism in the 1970s. Their story shows how powerful unity is once people set aside their differences and acknowledge each other’s humanity. With enough motivational speeches to get you through any bad day, “Remember the Titans” tops my list.

Sylvester Stallone, who penned the screenplay in just three days, stars as Italian boxer Rocky Balboa in this Academy Award-winning movie that turned a million-dollar budget into a 225-million-dollar smash hit. Inspired by the legendary fight between Muhammad Ali and Chuck Wepner, Rocky centers on the bout between Balboa and Apollo Creed. It’s a classic underdog story about perseverance and what it really means to be a champion. Plus, “Gonna Fly Now” is maybe the catchiest theme song in cinema history.

For someone who doesn’t care about sports, “Rudy” and “Rocky” might sound like the same movie. Both are underdog stories, both were inspired by real events, and both have two-syllable names starting with R and ending with Y. Crazy, right? But the story of Daniel Eugene “Rudy” Ruettiger is an incredible story of its own. Starring Sean Astin (of Samwise Gamgee fame) in the title role, Rudy is about hard work, passion and dedication paying off. The story of Rudy proves that it’s okay to get carried away. Literally.

There may not be any crying in baseball, but I defy you to tell me that you’re not crying by the closing credits of “A League of Their Own.” Based on the real-life All-American Girls Professional Baseball League that formed during WWII, this movie has it all — a hilarious script full of girl power, a gripping narrative featuring a dramatic sibling rivalry between two sisters, and an all-star cast. Geena Davis, Lori Petty, Madonna, and Rosie O’Donnell knock it right out of the park in this movie about a baseball team coached by a super-funny drunk Tom Hanks.

Premise: In order to avoid enslavement on a distant planet, Bugs Bunny and the Looney Tunes enlist Michael Jordan to help them win a basketball game against animated aliens. “Space Jam” is one of the best sports movies for non-sports fans because there are literally no rules. Pepé Le Pew uses his skunk odor to clear the court, an alien turns Foghorn Leghorn into an extra crispy chicken, Michael Jordan slam dunks by extending his arm to reach across the stadium and Bill Murray subs when Wayne Knight is incapacitated. And yet, in spite of all its silliness, “Space Jam” comes with a resonant moral: If you believe it, you can achieve it.

What sports movies do you love? Let us know on social media!