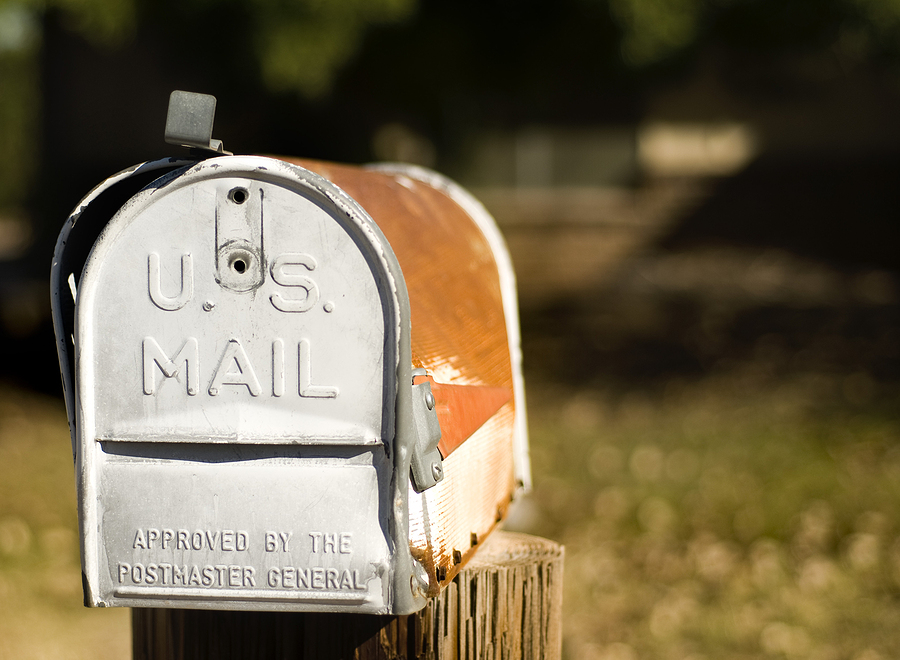 As my mother walked in from outside, she handed me a letter in a pale pink envelope with cat stickers on the back. “This is for you,” she said. At 7 years old, I was surprised and wondered who would be sending me mail. I thought only adults received letters.

Excited, I read the name and was perplexed. “It’s from Aunt Anita,” my mom said, answering my unasked question. “She’s your grandmother’s friend who lives in Ohio.” A twinge of excitement flooded my veins. I had never met Aunt Anita, but I couldn’t wait to open her note and respond. That day began what would become a 20-year pen pal relationship.

It was also the first time I discovered the joy of letter writing. Later, when I was in my teens, I contracted Lyme disease and became homebound after my illness debilitated me to the point that I no longer could attend school in person. Bored and lonely, I began to reach out to friends and relatives through letters. After all, everyone liked to get mail, I figured. I knew I did.

RELATED: How to Keep a Spiritual Journal (With Writing Prompts to Get You Started!)

I was thrilled when they responded in kind. I discovered that people are often different on the page than they are in person — more open, more revealing, more willing to connect on a deeper level. I felt like I was getting to know my own family more closely.

My grandmother wrote to me on a regular basis. She was witty and a wonderful storyteller in the pages of a letter. When I saw her at family gatherings she hosted at her home, she was busy chatting with everyone and preparing and serving food. In letters, I saw another side of her and felt that I knew her better. She told funny stories and occasionally tucked a lottery ticket in with the letter — a little gift from my grandfather. I rarely won much money from scratching off those tickets, but I felt lucky every time I heard from them.

But, many of my pen pal friendships have remained solely on the page. Also while still in my teens, I found out about a pen pal group for people in the U.S. around my age who had health issues similar to mine. About 20 of us all wrote to one another. We came to share a bond much like students in the same class, but illness was our teacher.

The support from people who understood what I was going through was life-changing. Suddenly, I didn’t feel alone anymore. This experience taught me that it was possible to form deep connections with people I had never met in person.

It also helped me to see that strangers — people far outside of my immediate circle — could offer me profound levels of empathy and understanding. It showed me that kindness and caring can come from many unexpected sources. Many of us are still in touch now as adults.

Writing letters on a regular basis helped me better express myself through the written word. I was hooked. As I amassed a wide network of pen pals over the years, the world began to feel smaller, more welcoming.

I’ve been able to learn about other cultures and cuisines from direct sources. I’ve learned bits and pieces of other languages. I currently have a pen pal in France who I teach about American cities while she teaches me words in French. I’ve been exposed to books and art created by artists in other countries that I wouldn’t have known about otherwise. My life feels richer because of it.

I am more curious and more in awe of how the core experience of being human is universal, despite our differences. My friend in Austria worries about his mom like I worry about my parents. My pen pal in France also likes to garden and is hoping her window box of herbs grows this year. My pal in Australia loves to take gorgeous nature photos — something that is also my hobby.

RELATED: The Personal Touch: When to Connect With a Handwritten Note

My pen pal relationships have seeped into my work life as well. I’ve been able to network with other writers who I met through a pen pal group online. I appreciate the sense of community that comes from keeping in touch via email and snail mail with those also in my field and discussing topics relevant to work life (in my case, things related to writing and media).

The definition of pen paling has expanded over the years to include both handwritten and electronic communications. While email is faster and more economic (especially when corresponding with pals overseas) — snail mail possesses a certain, distinct charm.

Most people like to discover mail in their mailbox — it feels like a gift. Seeing someone’s handwriting, appreciating their stationery choices and whatever extras they tuck in with their letters all contribute to the delight.

Conversely, email offers a level of immediacy that is hard to top. And, it also allows you to more easily share visual aspects of your life — my French pen pal recently shared with me a photo of her garden in bloom.

At the heart of pen paling is a desire and willingness to connect through writing. There can be less pretense, less awkwardness when getting to know others. And, much to my surprise and delight, having pen pals has allowed me to connect with people near and far unburdened by the limits of geography. To make a new friend, I never have to reach farther than my pen.